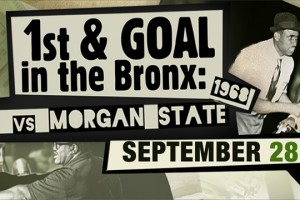 A clip from the documentary can be viewed via:http://bit.ly/oJEkYz

Through the lens of this historic game, this documentary explores the history of black college football and its struggles in segregated America, as well as the political and cultural sub-text surrounding this match-up. The show features numerous interviews with players from Grambling and Morgan State including Shack Harris and Raymond Chester, as well as current Grambling coach Doug Williams, Willie Brown, Willie Lanier, Eddie Robinson’s widow Doris Robinson and veteran sports columnist Jerry Izenberg, among others. Overall, 31 players involved in the game were drafted to the NFL or AFL.

Shooter At Large After Killing 2 Men At Grambling State University