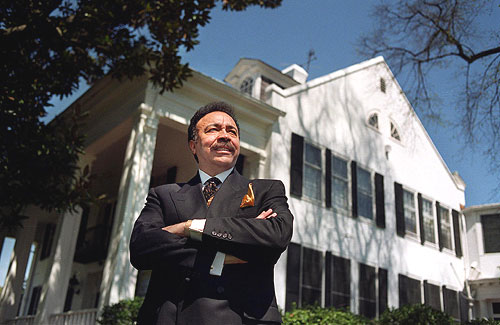 If it is true that Hampton University is a family, as many of its employees claim, then President William Harvey is the family patriarch.

Harvey’s commitment lies in his deep love for his job.

“It is fun to come to work every day,” he said.

The fun for Harvey began at age 36 when he became president of what was then called Hampton Institute – a small, private, historically black college with roots tracing to Booker T. Washington and Benjamin Butler.

He came with a doctorate in college administration from Harvard University and with his wife, Norma, and their two young children.

When he arrived, the school was near a financial crisis.

“There was red all over the books,” he said.

By the end of his first year, Harvey balanced the budget and has maintained it ever since.

The Alabama native started with a simple notion taught to him by his mother, a kindergarten teacher – “If you have a dollar to spend at the grocery store, you cannot buy $1.25 worth of groceries.”

Overall, he said he runs the university “like a businessman and a school principal.”

Early in his tenure Harvey realized various department heads were having trouble with yearly budgets.

“So I had each department divide their financial year into quarters. That way they did not run out of money halfway through the year.”

Read Full Articles at Inside Business

Former Sen. Al Lawson wants to be FAMU’s next President