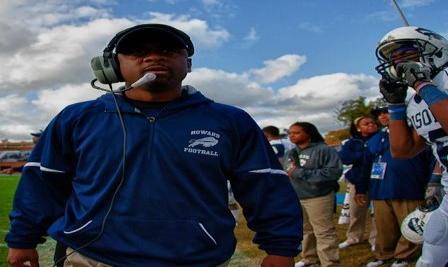 November 5–Howard used a grinding, ball control running game featuring a yeoman performance by Terrance Leffall and a stingy defense to defeat Hampton University, 10-7 in a Mid-Eastern Athletic Conference game at Armstrong Stadium.  The win snapped a 14-game losing streak to the Pirates, dating back to 1996.

The Bison (5-5 overall, 4-3 in the MEAC) set the tone early running Leffall on nearly every possession.  Howard was able to move the ball up and down the field between the 20s, but each time they would get in the Red Zone, they would fail to capitialize due to untimely mistakes that have plagued the team all season.

“The game plan was to give the ball to Terrance Leffall and control the clock,” said an elated Coach Gary Harrell, in his first year at the helm.  “We also wanted to cut down on turnovers and fumbles.  We thought that if we could do that and depend on our defense to play the way that they have been playing, then we like our chances.”

Meanwhile, the Pirates were unable to move the ball with any consistency as the nationally ranked Howard defense refused to yield in limiting them to less than 50 yards in the first quarter.

Howard was finally able to get on the board after a 16-play, 74-yard drive that was capped off by a Greg McGhee two-yard TD run at the 8:10 mark of the second quarter.  Howard continued to dominate the play and had at least two more opportunities to put points in the board, but the result was a missed field goal on one possession, and a failure to convert on a fourth and short situation.

The Pirates came out inspired in the second half, but the Bison defense continued to make the big plays.  Senior cornerback Lanny Kelly came up with the first of two big plays, intercepting a Travis Champion pass and returning it 38 yards, setting up a Parker Munoz 23-yard field goal that gave Howard a 10-0 lead with 7:70 left in the third quarter.

Hampton responded less than five minutes later when Charles Owens recovered a McGhee fumble in the end zone to draw to within, 10-7 at the 2:31 mark of the third quarter. Read Full article at Howard University