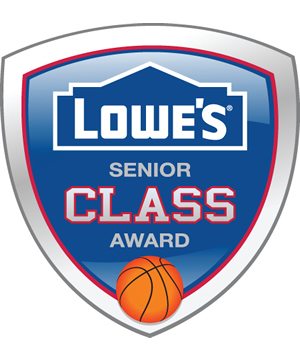 An acronym for Celebrating Loyalty and Achievement for Staying in School®, the award program focuses on the total student-athlete and encourages those leaders to use their platform in athletics to make a positive impact on their circle of influence.

“The CIAA is excited to highlight the contributions of our student-athletes in their community and the leadership skills they display in the classroom and on the court through this outstanding program by Lowe’s,” stated Dr. Mickey Burnim, chairman of the CIAA.

“Lowe’s is proud to celebrate with the CIAA the superior contributions of its senior student-athletes in men’s and women’s basketball,” said Tom Lamb, Lowe’s senior vice president of marketing and advertising. “We want to congratulate all of the finalists from the CIAA’s member schools and commend them for their great character and for making an impact both on and off the court.”

The men’s and women’s winners will be determined through a voting process that runs concurrent with the basketball season and is divided into three categories: 1) online fan voting, 2) coaches, and 3) media. Each category accounts for one-third of the total vote. To vote: visit www.seniorCLASSaward.com/ciaa.

Lowe’s, a sponsor of the CIAA Men’s and Women’s Basketball Tournament, will recognize the men’s and women’s basketball winners on Lowe’s Day at the CIAA Thursday, March 1, 2012, between the 7:00 p.m. and 9:00 p.m. games

An acronym for Celebrating Loyalty and Achievement for Staying in School®, the Lowe’s Senior CLASS Award honors the attributes of senior student-athletes in four areas: classroom, community, character and competition.

The award program is designed exclusively for college seniors who are utilizing their complete athletic eligibility, remaining committed to their university and pursuing the many rewards that a senior season can bring. For more information, visit www.seniorCLASSaward.com/ciaa.