Growing up in Pine Hills, Fla., Florida A&M University (FAMU) alumnus Maurice Allen’s father always encouraged him to play golf. For Allen, he says it was not in his plans, but the naturally talented 28-year old made his mark in the golf world his own way. 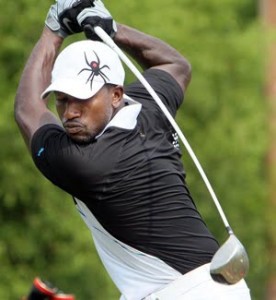 “A friend bet me that I wasn’t athletic enough to hit the golf ball a certain distance,” he said. “With my seven iron (club), I hit the ball 230 yards.”

In January 2010, Allen broke a world record for swing speed — swinging his club 161 miles per hour.  On, Feb. 16, Allen broke his own record. The feat was filmed for the Golf Channel.

“My dad was there and he’s a big golfer,’ Allen said. “I think it meant more to him than it did to me. He was very happy about it.”

Allen, who earned his degree in biology in 2010, will be featured on the Golf Channel in August for his record. The disciplined athlete has traveled throughout Europe, Central America, the Bahamas and all around the United States for various competitions.

Allen cites God and his parents for being his driving forces.

“Everything I’m doing now is because of the people who came before me,” he said.

Allen was an All-American on the Men’s Track Team. He ran in the Olympic Trials in 2004.

He is a member of the Minority Golf Club; YMCA in Tangelo Park in Orlando, Fla., the OMYGA (youth golf group in Orlando), and First Tee in Orlando. He says the best part about his profession is being able to speak to kids and letting them know they can make a difference.

He said, “I tell them to ‘Follow your gut. Don’t tell people your dreams because they may try to wake you up.”