The University of Maryland Eastern Shore on Wednesday announced the appointment of Juliette B. Bell as its next president. 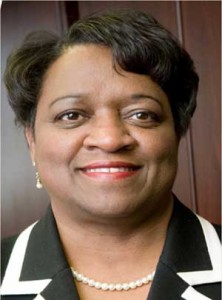 Bell is currently the provost and vice president for academic affairs at Central State University in Wilberforce, Ohio. Her new appointment at UMES is effective July 1.

According to university officials, Bell, a biochemist, is recognized as a strong advocate for increasing the number of minority scientists.

“We are extremely pleased that Dr. Bell has accepted our appointment as president of UMES,” said Patricia S. Florestano, chair of the University System of Maryland Board of Regents. “She has an impressive record of outstanding leadership in many areas, including enhancing academic excellence, creating opportunities to attract research and private support, and nurturing pathways of success for students. The board is confident that she will serve the university, our system, and our state extremely well in the years ahead.”