One firefighter was injured early Wednesday morning at a six-alarm fire at an unoccupied Lincoln University non-student residence. 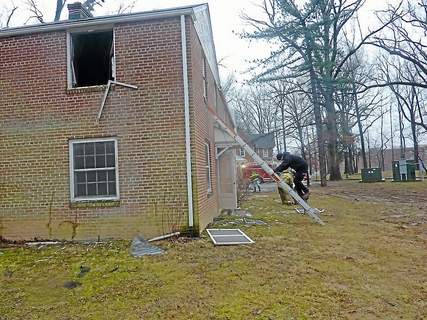 The firefighter was taken to Christiana Hospital in Delaware with non-life-threatening injuries, officials said.

The fire broke out at 7:55 a.m. at an unoccupied two-unit residence that had been used by Lincoln University employees living on campus. The building had recently been undergoing extensive renovations.

James A. Connor, assistant director of public safety at Lincoln University, said the cause of the fire is under investigation by Chester County fire officials and arson is not the cause.

The injured firefighter was one of the first on the scene.

“As he was crawling through the house, he fell through the boards into the basement,” Connor said. “The fire was localized in the basement. The rest of the building had extensive smoke damage.”

For 50 years, One Foster Dad Has Kept The Heat On At One Of The Nation’s First HBCUs