This year, Talladega College’s speaker for the convocation will be Susan L. Taylor, Editor-in-Chief Emeritus of Essence Magazine.  Taylor helped brand Essence as one of the top African American publications  and one of the most revered black-owned businesses of the 21st century. 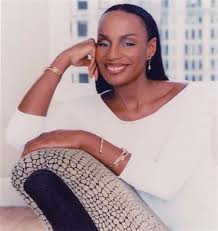 Taylor is from Harlem, New York. As a fourth-generation entrepreneur, Taylor started her own cosmetics company after working for her father in his women’s clothing store. That experience with fashion and beauty led to her securing the position as beauty editor with Essence, and the rest is history. She advanced to become the editor-in-chief and editorial director. Essence magazine acquired national and international fame as the most highly regarded African American women’s magazine. Taylor has won numerous, prestigious awards. The Magazine Publishers of America bestowed upon Taylor the Henry Johnson Fisher Award. She was the first and only African American woman to receive this award which is considered the industry’s highest honor. Her accolades also include honorary degrees from more than a dozen colleges and universities, and she was given the NAACP President’s Award for visionary leadership.

The Women Changing the World Convocation will be Wednesday, March 6, 2013 at 11 a.m. in DeForest Chapel on the campus.