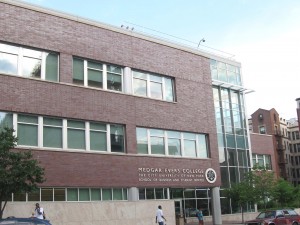 The president of Medgar Evers College, the largely African-American college in Brooklyn, is resigning following a tumultuous tenure that included votes of no confidence from faculty.

William L. Pollard, who came to the college in 2009, will remain at Medgar Evers until a successor is named.

Medgar Evers College, named after the famed civil rights leader, is a part of the City University of New York and its chancellor, Matthew Goldstein, released a statement lauding Pollard.

“The president has worked diligently to focus this important institution in Central Brooklyn on student-centered goals and objectives, enhancing faculty instruction in the classroom, and on utilizing the new and modern campus facilities in creative and effective ways,” Goldstein said.

Between 2002 and 2007, Pollard served as president of the University of the District of Columbia, a historically Black college. Immediately before joining Medgar Evers College, he was vice president of the National Association for State Universities and Land Grant Colleges.

Former Sen. Al Lawson wants to be FAMU’s next President