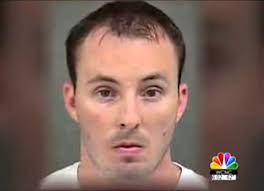 But prosecutors immediately said they would resubmit the case after they learned that not all of the grand jurors were present for the decision. They didn’t specify whether they would stick to the original voluntary manslaughter charge or would seek lesser charges.

No explanation for why the grand jury voted with fewer than 18 members — 12 of whom must agree — was offered.

Kerrick, a three-year veteran of the Charlotte force, shot Jonathan Ferrell, 24, 10 times in a confrontation in September. Ferrell had crashed his car and staggered to a nearby home for help. Kerrick has been on unpaid leave ever since.

George Laughrun, Kerrick’s attorney, told The Charlotte Observer that Kerrick “feels like the weight of the world has been lifted from his shoulders.”

“He’s extremely relieved that the grand jury members saw fit to keep an open mind and not listen to all the propaganda on all the things he did wrong,” Laughrun said.

Meet the Founders of Breakr: A Groundbreaking New Music App

Meet The Family That Has Reigned At FAMU For Generations

PVAMU’s School of Architecture Partners With Habitat for Humanity In Houston...