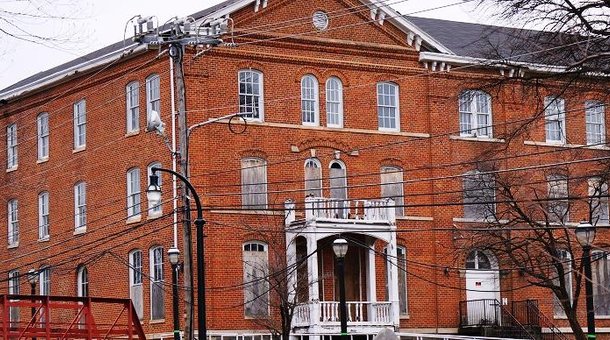 If historically black colleges and universities (HBCUs) are an endangered species, Morris Brown College could be closest to extinction.

Most buildings on this silent campus are boarded up and abandoned.

Before the school lost accreditation in 2003, a few thousand students were enrolled at Morris Brown. Almost overnight, most fled out of fear their degree would carry no weight. Today, there are just 35 students.

Joquala Walker is one of those students. The 26 year-old aspiring singer is the only student in a class called “Promotions in Recorded Music.”

When I ask her why she chose Morris Brown, she quickly responds “why not Morris Brown?” She says the school wants to help and deserves a chance just like any other.

Walker’s instructor is Makisha Funderburke, who wants to help so badly, she teaches without pay.

“I just think Morris Brown should be given a chance,” says Funderburke. “And it’s been done pretty well surviving 10 years. A lot of people are wondering ‘Why and how’?”

The “why” is easier to answer than the “how.”

Morris Brown has to survive.

If the school closes its doors, even for a short time, its land could go to nearby Clark-Atlanta University. That’s the school that originally donated the land.

“We are upholding a great tradition of former slaves, of people in the early 1900s [who] struggled to make sure this institution will remain open,” says Stanley Pritchett, Morris Brown’s president.

Pritchett says Morris Brown survives because its entire history is one of hardship and triumph.  He says the college has always been resourceful.

“A church member down in South Georgia told me they used to have a campaign called ‘Dollar Money.’ Everybody who came to the meeting brought a dollar for Morris Brown.”

But Morris Brown College needs $30 million to get out of debt. That’s about a million dollars for every current student.

Most would say it’s time to turn out the lights and let nearby HBCUs step in. Not alumnus Charles Barlow. When he started at Morris Brown, he brought with him a 550 on the SAT and read at a tenth grade level.

“But Morris Brown accepted me in, took me through a remedial reading program to teach me how to read—because if you can’t read, you can’t do college work—and I finished in four years in the top 10 percent of my class,” he says.

Barlow went on to become a top executive at Xerox for nearly two decades.

He says his story explains why Morris Brown must exit bankruptcy and rebuild.

“The biggest strength they have is their property,” says Mary Beth Gasman, a professor at the University of Pennsylvania. She led a graduate class that looked into options for saving the school. “And so the property is really the key to their livelihood and their success.”

Lots of folks have eyed the school’s land, which sits adjacent to the planned site of Atlanta’s new NFL stadium.

A bankruptcy judge has given the green light to sell off about 85 percent of the school’s property, despite past protests from students and alumni.

President Stanley Pritchett says with the debt gone, Morris Brown can focus on building back its academics, and hopefully bring in as many students as there used to be.