Thousands were expected Monday at a funeral for a man who died after sustaining serious spinal injuries while in the custody of Baltimore police.

Services were planned for 11 a.m. EDT for Freddie Gray, the 25-year-old black man who died April 19 after an encounter days earlier with police left him with grave spinal injuries. Pastor Jamal Bryant, who was to deliver Gray’s eulogy, said he expected Baltimore’s New Shiloh Baptist Church to be filled for the service.

By 9 a.m., a short line had formed outside. A cemetery burial was to follow.

In Washington, the White House said the head of President Barack Obama’s initiative for young men of color would attend. Broderick Johnson, chairman of the My Brother’s Keeper Task Force and a Baltimore native, is to be joined by two other administration officials, a White House statement said.

Mourners who didn’t even know Gray filed in a steady stream for hours into a funeral home for his wake Sunday afternoon. Some supporters stood outside the Vaughn Green East funeral home with signs that read, “We remember Freddie” and “Our Hearts Are With The Gray Family.”

Inside, mourners passed by Gray’s silk-draped, white coffin where he lay dressed in a white shirt, black pants, white sneakers and an all-white Los Angeles Dodgers baseball cap. Above the lid to the coffin was a floral arrangement and inside the lid was a pillow with a screen-printed picture of Gray flanked by doves and the quote, “Peace, Y’all” at the bottom edge.

Melissa McDonald, 36, who said she was Gray’s cousin, wore a shirt with “Freddie Forever” printed on the back. She described her cousin as a nonviolent person.

“He didn’t deserve to die the way he did,” she said.

Gray’s wake followed demonstrations Saturday that turned violent. Roughly 1,200 protesters rallied outside City Hall on Saturday afternoon, officials said. A smaller group splintered off and looted a convenience store and smashed storefront windows. A protester tossed a flaming metal garbage can toward a line of police officers in riot gear as they tried to push back the crowd. Earlier, a group of protesters smashed the windows of at least three police cars.

Some 34 people were arrested, according to Baltimore Police Department, and six police officers sustained minor injuries.

During a news conference Sunday, Baltimore Mayor Stephanie Rawlings-Blake called for protesters to be peaceful. 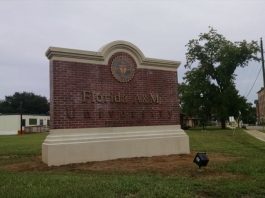 FAMU To Receive $1M from USDA 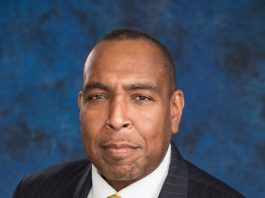 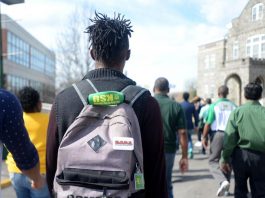