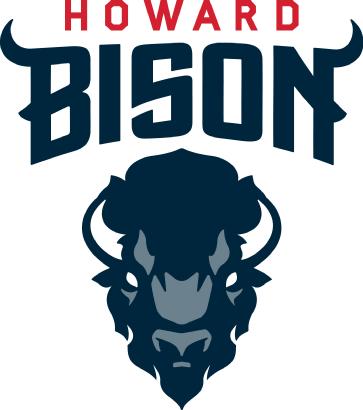 Howard University officials unveiled a  new logo for the school Thursday, a head-on, ominous-looking bison that the school’s president hopes conveys the idea of strength.

For the past 40 years, their bison logo was the same as that used by the Buffalo Bills and the school’s president, Wayne A.I. Frederick said, they wanted to design and copyright a logo just for Howard.

When people see the charging bison, Frederick said he hopes they think of strength and pride, pride in the school’s past and its contributions to U.S. history.

The symbolic change comes at time when the school, one of the country’s elite historically black universities, founded in 1867 and graduating many doctors, lawyers and researchers each year, has had lingering financial problems.

Two years ago, 75 jobs were eliminated, and last year, 200 more  were cut. In the spring, the university dropped an additional 84 staff positions, explaining that the reduction was “necessary to ensure the long-term financial stability” of the school.

Last month, Moody’s Investors Service cut Howard’s credit rating for the third time in three years, to a level signifying “substantial credit risk,” citing ongoing losses from the hospital and the university, and noting that it is relying in part on a line of credit from the bank for its cash flow.

Frederick, who was named Howard’s 17th president in July — he had been serving in an interim capacity since the fall of 2013 — said that there are many measures of strength beyond finances, and that the school will be building on those, with the addition of quality faculty and an incoming freshman class that he expects to be the school’s largest in 15 years.

“There’s a lot of interest in a Howard education,” he said. “These are high-achieving students.”

“Getting a new symbol is exciting. It is the visual evidence of our Bison spirit and pride,” Shelley Davis, interim athletic director, said in a news release. “The new logo represents a fresh opportunity for our student-athletes to rally around the values that make Howard University great.”

Head over to The Washington Post to read more.