After an old knee injury sidelined a cheerleading scholarship offered at Kutztown University, he took a year off before enrolling at Cheyney in Delaware County, one of the nation’s more than 100 historically black colleges and universities.

“I know it’s crazy, but I cried when I first got to campus,” said Mr. Meade, now 20 and about to enter his second year at Cheyney. “I always wanted to go to an HBCU. Cheyney gives students who maybe aren’t the brightest, aren’t the strongest, a chance to thrive and succeed. Finally having that opportunity to start school and be able to do well. … It was overwhelming.”

Mr. Meade is walking in the footsteps of thousands of others who have attended Cheyney since it was founded almost 200 years ago to “instruct the descendants of the African Race in school learning,” as founder Richard Humphreys wrote in his will. One of 14 state-owned universities in the State System of Higher Education, it began offering higher education degrees in the early 1900s.

But now questions about the university’s financial and academic stability leave the institution at a critical crossroads.

The university is on its third line of credit from the State System of Higher Education — this one for $6.5 million after two similar ones — to help cover its daily operations into 2016. Its financial aid polices are under scrutiny to see whether any money needs to be returned to the U.S. Department of Education after the university failed to adequately track federal student aid over the course of three years. Its administration has had high turnover, with nine acting, interim and long-term presidents in the past 14 years.

The university declined to comment on any definite plans to turn the school around, although state officials are talking about collaborating with West Chester University, another member of the system, located about six miles away. Robert Bogle, chairman of the Cheyney University Council of Trustees, said there has been “a lot of talk,” but he has yet to see a detailed short-term and long-term sustainability plan to outline the university’s next steps that is “agreed upon” by the State System and Cheyney representatives.

A coalition of students, alumni and community activists — called Heeding Cheyney’s Call — is pushing for change through a civil rights lawsuit filed in November. The suit mirrors previous ones from the early 1980s and late 1990s, arguing Cheyney has not received a fair share of government resources.

Cheyney stakeholders agree that the issues the university is facing did not emerge overnight but are largely a reflection of years of fighting for equitable treatment and funding.

“People think Cheyney is about to close,” said Junious Stanton, former Cheyney University Alumni Association president. “It’s underfunding of a much higher need to where we’re forced to take minimal resources and put Band-Aids on the problem instead of really addressing and solving the problem. The situation is unsustainable. 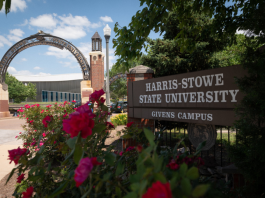 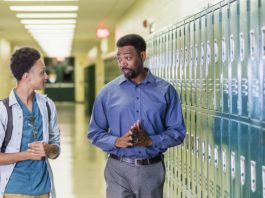 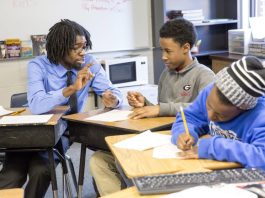