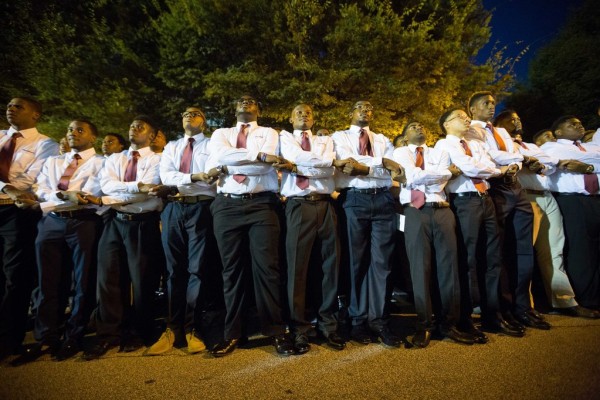 ATLANTA — For the previous 364 days, the carved wooden chest rested unobtrusively atop a bookshelf in a dean’s office here at Morehouse College. Then, on a recent Wednesday afternoon, the dean, Dr. Lawrence E. Carter Sr., reclaimed the vessel for its annual duty as the repository of Morehouse’s hope and history.

The coffer is formally known as the Thurman Chest, so named because one of Morehouse’s most illustrious graduates, the African-American theologian and civil rights advocate Howard Thurman, bought it in India in 1936. He had journeyed there to learn the concepts of nonviolent resistance and civil disobedience directly from Gandhi.

In 1981, after Dr. Thurman’s death and cremation, his widow, Sue, placed his ashes in the chest. When she died in 1996, both their remains were interred in a monument outside the campus chapel here.

The chest, with its evocative image of boatmen navigating between two shores, then took on another purpose, as the centerpiece of Morehouse’s Parents’ Parting Ceremony. By the time evening descended on Aug. 12, the chest had been opened and placed at the entrance to the chapel as the parents of Morehouse’s 679 freshmen entered to take their seats. Read More