The Nations Football Classic, the ultimate historically black college and university (HBCU) reunion, proved to be a very eventful experience. The star-studded weekend united two college rivals, not just for sports, but to remind us of the true HBCU experience. Amidst several Congressional Black Caucus events and with festivities geared around tradition, service, unity, and heritage, the Nations Football Experience (NFE) found a perfect balance of fun and purpose.

Beginning on Wednesday, the NFE began with “Innovators Classic” featuring opportunities for some of the nation’s brightest minds to engage through an event aimed at celebrating diversity in the worlds of tech and entrepreneurship. Thursday, the official kick-off rally, a free concert at Howard University’s Cramton auditorium featured musical guest Monica. Friday’s agenda was jam-packed, beginning in the morning with a distinguished panel of representatives discussing community and police relations around the country. 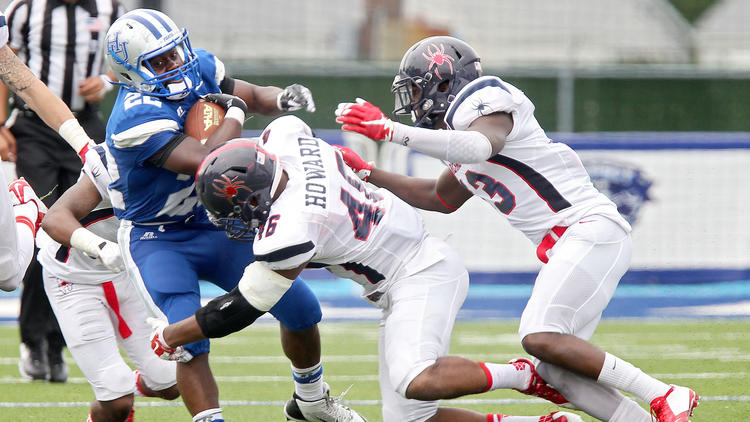 Aside from the fun and games, several grants and scholarships were distributed to hard working students and graduates.

During the fun and games, there was also time to reward hard-working HBCU students and graduates. Howard alumni and US Marine Corps Lt. Col. Daniel Sparks awarded a $150k to Howard student Breanna Lipsey. Pepsi awarded two students, Justina Mofett and DeNoire Henderson with the “All for the Real HU” grant of $2,500. AT&T, the official sponsors of the weekend, presented both Howard and Hampton University with checks for $10k. The DC Lottery was also onsite, making several people winners.

This weekend, both Howard and Hampton represented HBCU pride at its finest. One HU proved to be a little more “real” than the other. After shining during the “The Game before the Game”, the official student debate and winning the 2015 Nations Football Classic football game 37-19, the Hampton University pirates have much to brag about as they return to their Home by the Sea.