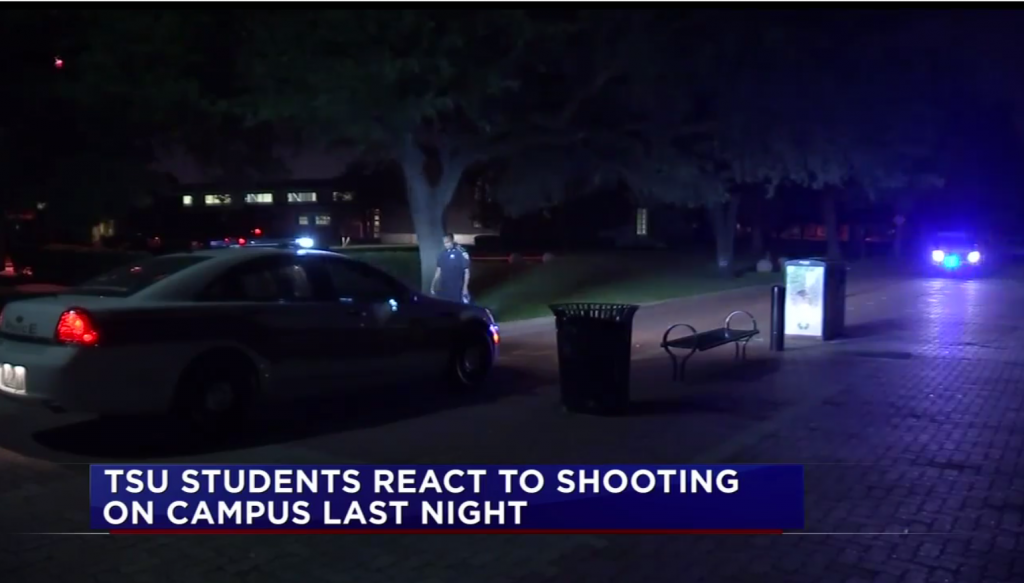 One person was shot late Tuesday night on the campus of Texas Southern University.

A spokesperson confirms the shooting happened on the “Tiger Walk” around 10pm. The “Tiger Walk” is the walkway that runs the entire length of the campus.

We’re told the two men involved were at the University Museum for a Poetry Slam. Neither of them are students.

“I was disheartened because there were members of the NAACP Houston chapter asking me did someone get shot on the Tiger Walk. It’s embarrassing,” said sophomore Student Government Association member Anthony Collier.

Sources on campus say it began with words over shoes ended with one young man shot twice in the stomach, and another on the run. Read Full via ABC13