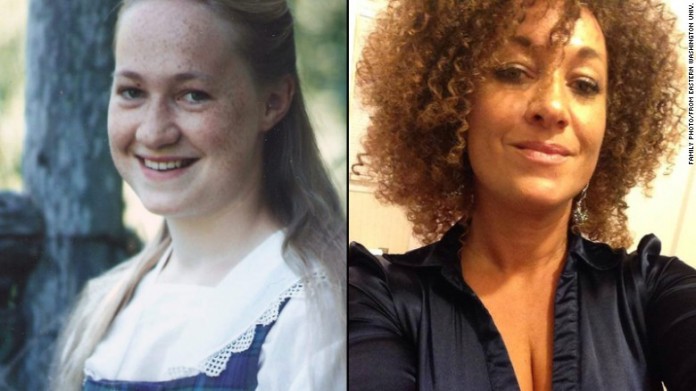 Rachel Dolezal, the former NAACP leader and also a Howard University graduate who pretended for years to be black, recently admitted that, in fact, she is “biologically born white to white parents.”

“But I identify as black,” Dolezal said.

Dolezal made an appearance on the daytime television show The Real on Monday where she told all what, and really, we already knew. During her talk with the hosts of the talk show Dolezal received a standing ovation when she “finally admitted that she is a white person,” says reports.

Rachel Dolezal has finally admitted to being “born white.” On Monday’s “The Real,” the former president of the Spokane chapter of the NAACP received a standing ovation when she said, “I acknowledge I was biologically born white to white parents… but I identify as black.”

As Gossip Cop previously reported, Dolezal was thrust into the spotlight earlier this year when it was revealed she had been lying for years about her race. Dolezal had been living as a self-identifying black woman for years, working as a civil rights leader and teaching African studies before her parents publicly outed her as white. Dolezal came under further scrutiny when it was revealed she claimed over the year to be the victim of nine hate crimes on the basis of race.

Dolezal was immediately called out by the public for appropriating black culture, but has remained steadfast in identifying as a black woman. During her first public appearance after the controversy on the “Today Show,” Dolezal said she was “transracial,” but would not comment on being white.