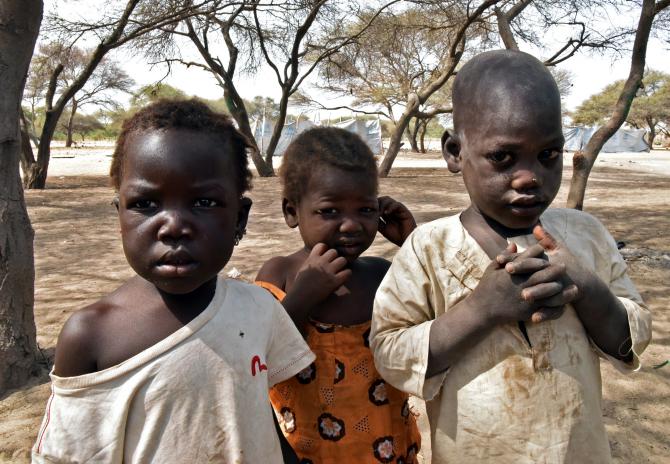 Of terrorism’s many destructive traits, none is more horrifying than its ability to unexpectedly snatch our normalcy from us. Recent attacks in Paris force us into somber, hug-your-loved-ones reflections: imagining the romantic, joyful energy of that city and its inhabitants suddenly shattered by the wholesale violence of others. That cruelty always unwraps the pure evil of such acts, since innocents have nothing to do with the political agendas of combatants. We’re saddened by the senseless loss of life in Paris, but we’re also angered by the intentional, vicious robbing of human lives.

Even as that sorrow connects us, media coverage of the event and mainstream discussion rip us further apart through selective focus. Paris, tragically, isn’t alone. After more than six months of presidential campaigning, months more of public anxiety over the Islamic State group’s spread and six combined primary debates … not one mention of the vicious spread of jihad in places like West Africa and how it’s inextricably linked with the crisis worldwide. More than a thousand people, as The Root has covered in recent weeks, have been massacred by suicide bombers in Nigeria since the election of its new president in February and alignment of the group once known as Boko Haram with the Islamic State.

Few dare rope that race elephant in the room and admit that media racism—whether intentional or not—can factor into newsroom decisions. But it’s an appropriate moment to remind a larger media-industrial complex that Islamic State-backed terror in Africa is of equal strategic value to what just happened in Paris. In fact, Boko Haram has just surpassed the Islamic State as the deadliest, most violent terror group worldwide.

But black lives in faraway places just don’t hold as much weight as European lives across the Atlantic pond. There shouldn’t be a difference: After all, like President Barack Obama just said “it’s an attack on all of humanity.”

But he was talking about Paris.

Even the black president can’t shake the internalization—even if, to his credit, he’s already posted several hundred U.S. troops and drone bases in West Africa as a response to rising armed Islamist fronts there. Still, we’re all afflicted with it. When’s the last time your local urban drive-time show sent shoutouts and prayers to black Diaspora terror victims?

It’s an important issue, even as we mourn the loss of life in Paris: What’s the difference between that act in France last Friday night and the scores of deadly attacks by the same group in Nigeria over a stretch of months?

Not much, since ISIS (as everyone is calling it) has spread beyond the Iraq-Syria battle space and into sub-Saharan Africa through the spread of its modern franchise. So, contrary to popular notionsabout the conflict, the Islamic State is not just confined to the “Middle East and North Africa.” And when it hits, it’s not just in Europe.

When Boko Haram pledged its allegiance to the Islamic State in the spring, rebranding itself as the “Islamic State’s West Africa Province” or “Iswap,” the world should have paid closer attention. Bad enough that the Islamic State has gained a foothold in a shaky Middle East. It could get even worse if it gets its apocalyptic hands on a continent full of untapped lucrative resources and barely functional governments with no rule of law.