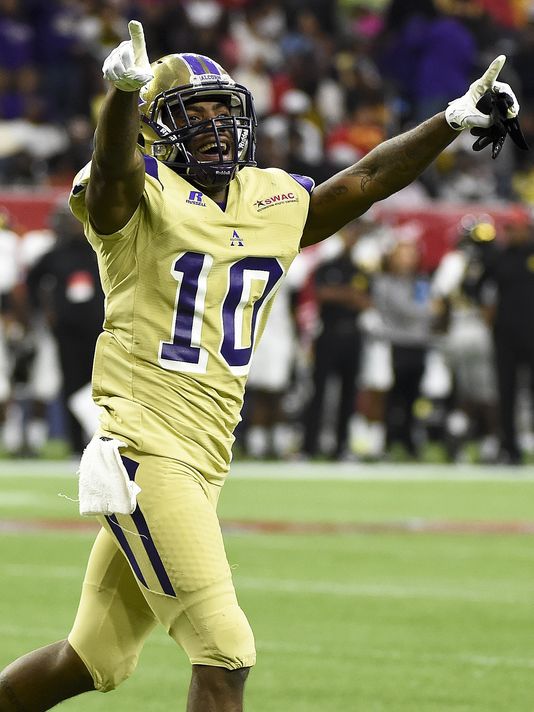 “Everybody knows we started at rock bottom,” said Braves coach Jay Hopson, who took over the program in 2012.

It’s only been three years since those rough times, but Alcorn State couldn’t be any further from them.

The Braves claimed the SWAC title for the second consecutive season when they defeated Grambling, 49-21, in the SWAC Championship in front of an announced attendance of 40,352 at NRG Stadium on Saturday night.

With the victory, Alcorn State (9-3) will move onto the inaugural Celebration Bowl against Mid-Eastern Athletic Conference champion North Carolina A&T on Dec. 19 at the Georgia Dome in Atlanta.

The Braves became the first SWAC team to repeat as conference champion since Grambling won three consecutive titles from 2000-2002. And it was the first time since Alcorn State won outright SWAC titles in 1969 and 1970, that it has repeated as SWAC champion.

Hopson brought in the man who coached the Braves to those previous championships, Marino Casem, to speak to his team on Friday night.

“It was an unbelievable speech,” running back Darryan Ragsdale said. “We love Coach Casem. He just told us to finish. That’s the main thing he preached.”

When the Braves played Grambling (9-3) earlier this season, “finish” is what they didn’t do. Alcorn State let a 28-14 halftime lead slip away and lost 35-34 in overtime.

Thanks to an 84-yard touchdown from Ragsdale and the playmaking ability of receiver Marquis Warford, who had two first-half touchdowns, the Braves found themselves with another 28-14 halftime lead.

Except this time they finished. Alcorn State took advantage of three third-quarter turnovers by Grambling and ran the ball with authority to run away with a victory.

Lenorris Footman started at quarterback and rushed for a 9-yard touchdown to push the lead to 35-14 with 2:41 left in the third. Considering how well the Braves’ defense was playing, that score sealed the game. read full via clarionledger 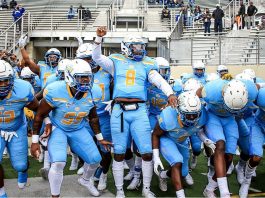 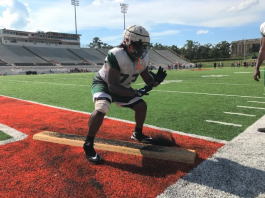 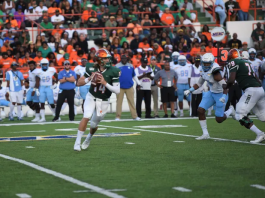 FAMU Officially Joins As Member of the SWAC