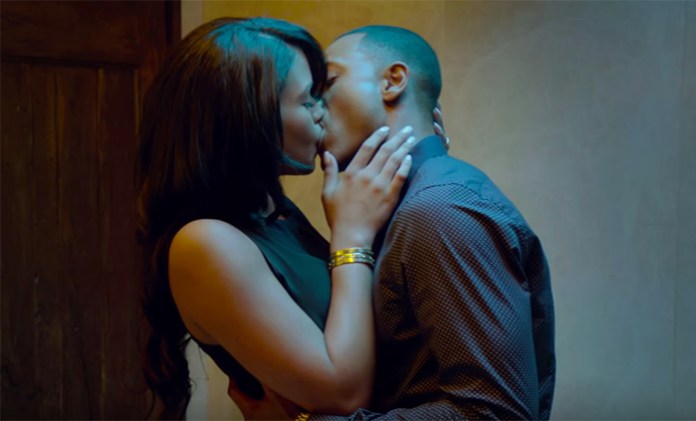 Here’s the synopsis of the film provided by the studio:

“Charlie (Terrence J) is a bachelor who’s convinced that relationships are dead even though his sister (Paula Patton), a therapist, tries to tell him otherwise. His best friends bet him that if he sticks to one woman for one month, he’s bound to fall in love. An unconvinced Charlie takes the bet because he believes that he’s immune to love… until he crosses paths with the beautiful and mysterious Eva (Cassie Ventura). Charlie is sure that he will win the bet and prove his friends and sister wrong, so he rises to the occasion and takes on the challenge. Turning on his irresistible charm, Charlie coaxes Eva into a casual affair, but soon finds out that Eva has turned the tables on him. Unsure of what to think or how to feel, he finds himself trying to navigate in a foreign territory. Now, Charlie is left questioning whether he may actually want more than just a one-night stand.”

Since late 2015, the black college grad has left us all wondering what might be his next move in the media field after he left E! News.

Terrence J. now will focus full-time on acting and producing:

“This was a dream of mine and I was so fortunate to be able to live it with you guys, and now I have new dreams, and it’s time to go out there and get ’em.”

We’re just glad to see yet another HBCU alum making moves and striving for excellence in every human endeavor.

The Perfect Match will be released on March 11.