The best word to describe President Barack Obama’s last the State of the Union address: optimism.

Obama’s the SOTU speech yesterday was no doubt a historic moment in American history. Many politicians, both Democrats and Republicans, stood in the room talking to each other as if they were colleagues rather than enemies.

Obama’s speech which was full of optimism to bring unity to Congress, and to restore faith to the American people rather than bring more problems to them. 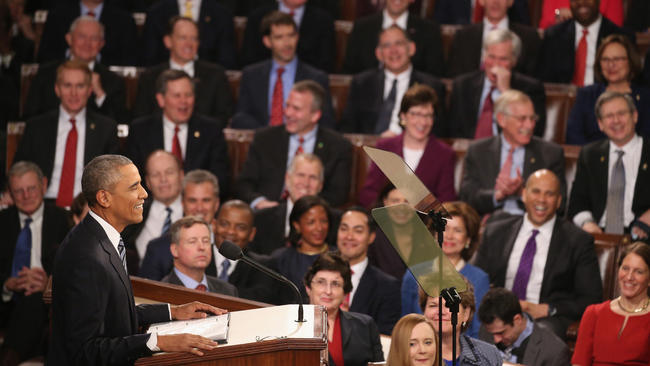 The common thread that ran throughout Obama’s speech was that everyone should work together for change.

In fact, Obama said that the four biggest questions that we need to address were based on the following: economy, technology, safety, and politics that reflects the best in us, not the worse.

Obama said, “The rules should work for the workers in our economy.”

Obama’s SOTU speech yesterday was no doubt a historic moment in American history.

He continued, “After all, it’s not much of a stretch to say that some of the only people in America who are going to work the same job, in the same place, with a health and retirement package, for 30 years, are sitting in the chamber.”

(Tashni-Ann Dubroy, president of Shaw University, called Obama a “shade-thrower” on Facebook during the speech.)

President Obama argued further, saying, “Why would we want to pass up the opportunity for American business to produce in the future?”

“We agree that real opportunity requires every American to get the education and training they need.”

Obama said, “The rules should work for the workers in our economy.”

On access to education, Obama said, “We agree that real opportunity requires every American to get the education and training they need.”

He added, “We have to cut the cost of college. Providing community college for free to students is a start to that!”

Many activists from #BlackLivesMatter mentioned that POTUS made no mention of police violence in America–a topic that has taken a back seat from mainstream media lately.

Finally, Obama said, “We’ve got to make easier to vote, not harder!”

Obamas Will Host A Virtual Graduation Event For HBCUs

Head to the C-Suite with the Thurgood Marshall College Fund’s Hennessy...

Cori Bush: The HBCU Graduate Poised to Change US Politics