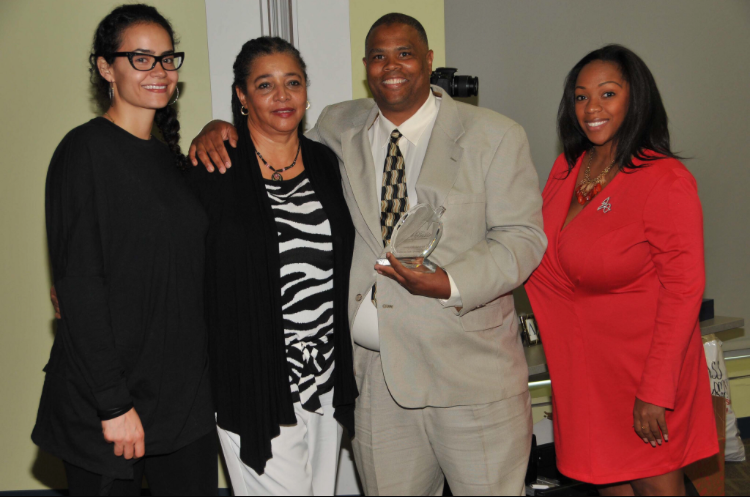 Given during the luncheon, the award was established in honor of the memory of the late Michael J. Feeney, whom recently passed this January. The award was presented by his mother, sister and cousin.

Even though both alumni received their awards for their hard work in their mass communications careers, their love for their hobbies helped them take their careers even further. With Dawn Jones love for fitness, it definitely helped her love her career even more. 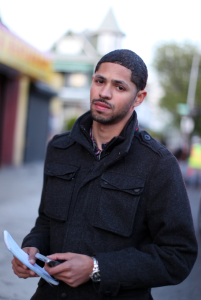 “One of the things I’ve done with journalism and tying everything together and being an NABJ member, as a board member, I’ve began coordinating the 5K Run, because as people in journalism or any profession it’s important to get active, because being a journalist can be a stressful job,” explains Jones.

With both alumni being a part of helping change Journalism from the English department, to the Mass Communications department, they both have different views on the challenge.

“I don’t think it was difficult. It’s all in timing, and with Journalism other colleges and universities were expanding and changing we thought it was our time to as well,” says Jones.

Bashirr explains, “It was different because when I got it wasn’t any TV or radio, so you just had to do Journalism. The thing that we were pretty much sold on is that if you can write you can pretty much do anything in the industry and that’s the thing we went by.”

“I ventured into radio, which ended up me being a country music DJ, which then turned into talk radio, and the moment I sat in that chair I realized I’d never do music again,” Bashirr explains.

Also during the luncheon, Michael Feeney’s Making Your Mark on the World video was shown as an inspiration to the packed MLK Parlors. Though the ceremony was emotional, the Department of Mass Communications was able to celebrate not only the lives of two distinguished alumni, but also the life of Michael J. Feeney.