Jackson State University held it’s Undergraduate Graduation Ceremony on Saturday at their very own Veterans Memorial Stadium, home of the JSU Tigers. The stands were filled to capacity, most filled with proud and excited family and faculty members.

However, all in the stands were waiting to see the First Lady of the United States Michelle Obama to deliver the Graduation Address.

The presence of a First Lady to speak at the black college would become the first in the history of Jackson State and also the state of Mississippi.

First Lady Michelle Obama was awarded her honorable degree from Jackson State University and then addressed the graduating class of 2016. She delivered a powerful speech that spoke on the rich history of Mississippi, overcoming the dark shadows of racism, the power of excellence and dignity.

“When I heard words like dignity and excellence, I think about my husband….along this journey with Barack, I’ve gotten a really good look at what it means rise about the fray,” Obama said. “What it means to set your eyes on the horizon, to devote your life to making this better for those who will come after you.”

“I’ve seen how no matter what kind of an “ugliness” is going on in any particular moment, Barack always stays the course.” 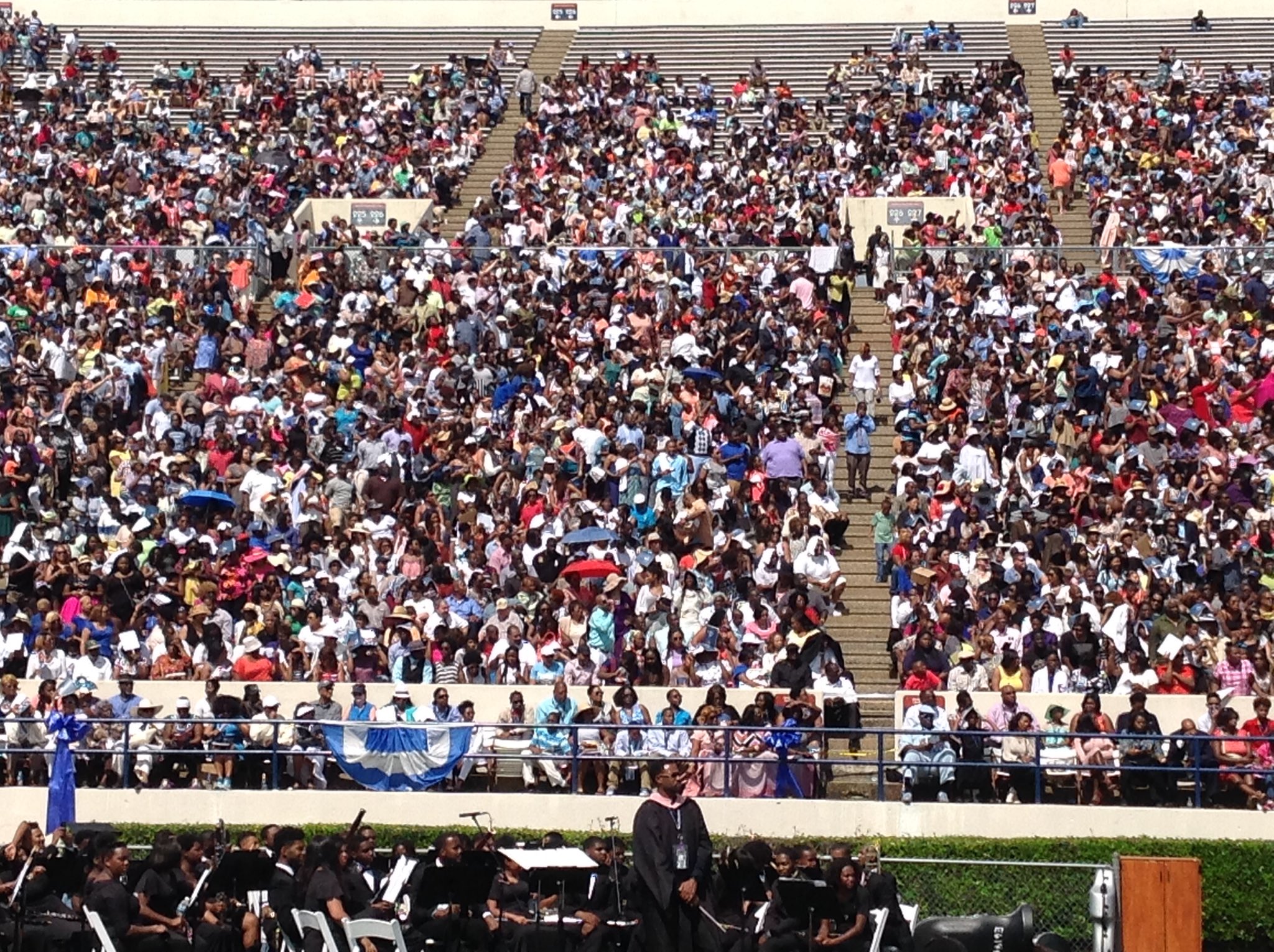 First Lady Obama also spoke on the progress that we as a country partnering with President Obama have achieved.

“….that relentless work ethic has lead to so much progress over the past seven years. We’ve gone to the brink of another “Great Depression” to our business creating more than 14 million new jobs. Our unemployment rates almost cut in half. Our high school graduation rates our the highest on record….and people in this country are finally free the marry the person they love.” She said.

“What it means to set your eyes on the horizon, to devote your life to making this better for those who will come after you.”

Despite the progress made over the past years, the First Lady said there’s still negative agendas speaking down on the progress her husband has made in office. She also spoke on raising the minimum wage and fair healthcare for all people.

“Throw up your hands and give up? Give in to frustration? Or take a deep breathe straight up your shoulders and do what President Obama has always done: he says, “When they go low, I go high,” she added.

Later, she exclaims the power of excellence is in all you say and do: “Striving and using yourself to strive to new heights — that’s how you develop your God-given talents,” Obama said.

“Your generation more than any generation in our history truly has the tools and opportunity you need to seize this moment. I want you to see the statistics, today more African-Americans are graduating from college. Succeeding in our workplaces, taking on positions of leadership…..the question is, are you ready to step up and use your power and privilege to make change?”