While volunteering with the American Red Cross a few years ago, Maha Alzubaidi witnessed doctors performing surgery on a woman who suffered from diabetes – without the use of anesthesia. She was later falsely diagnosed with multiple sclerosis. This prompted Maha to read about autoimmune diseases, where the body attacks and damages its own tissues, and how they are treated, strengthening her desire to find a cure. “Most autoimmune diseases don’t have a cure, so that’s what inspires me,” she said.

At Bowie State, Maha has already started her journey to finding medical cures. She worked as part of a student team that designed a potential drug by changing the structure of an existing antibiotic called Scindofloxacin. Led by Associate Professor Alan Anderson, her team won first place in the BSU Annual Grants Expo and Research Day undergraduate poster competition in April 2015.

“We were so proud that we designed a possible antibiotic,” she said. “I felt I did something really good, and Dr. Anderson was so proud of us.”

In the Department of Natural Sciences, Maha thrives in an environment where she is immersed in her field of study. She chose to transfer to Bowie State from a local community college because of its small class sizes and intensive biology major. She says her instructors are preparing her for her future. “They help me a lot. They are currently helping me prepare for the MCAT [Medical College Admission Test] and helping me decide which classes to take.”

Her passion for science drives her to seek opportunities outside of the classroom. In February 2015, she shared her research on African-American women in science during the university’s annual Black History Month Library Book Presentation event. 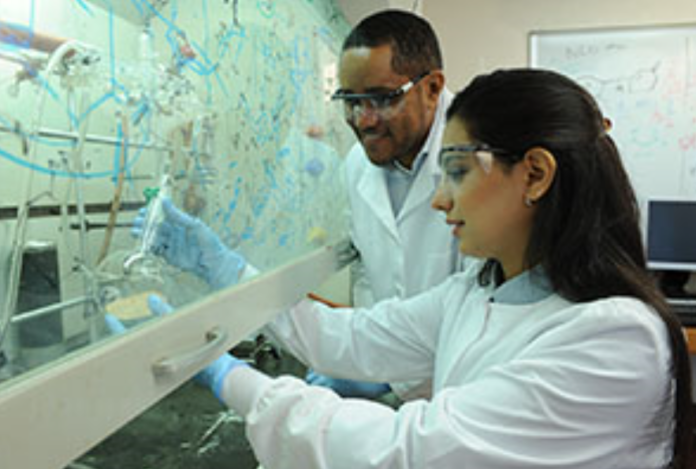 As a woman in science, Maha felt a personal connection to the topic and wanted to highlight the often overlooked contributions of minority women. “Since my major is science, I like to read about the women that achieved something great. I like to make people aware of what other women have done,” she said. “Mary M. Daly is the woman scientist that inspired me most. She was the first African American woman to get a Ph.D. in chemistry despite the difficulties that she had been through.”

To continue her quest for a cure for diabetes and other diseases, Maha wants to become a physician and scientist. She plans to attend medical school to earn an M.D. and Ph.D. in immunology.