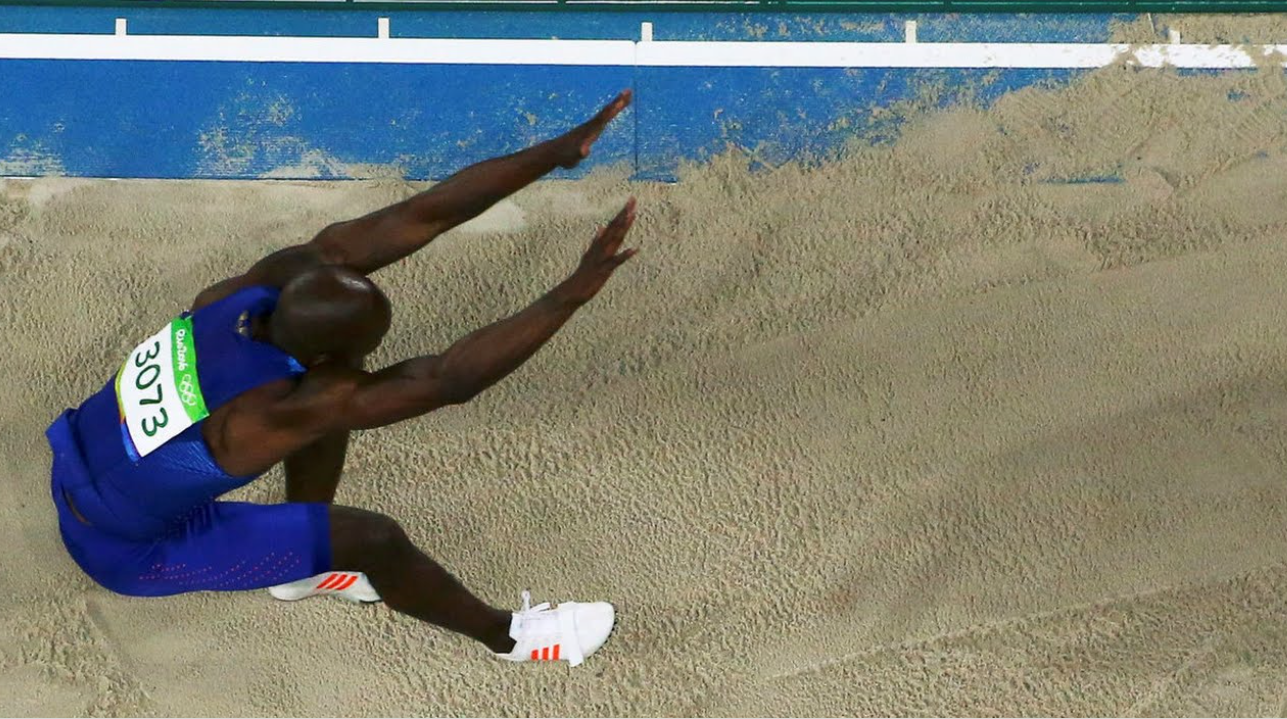 How does it feel to win the gold after all the work you had put in?

For former Stillman College standout Jeff Henderson, who, in his final jump, made an incredible comeback to win the gold in the men’s long jump on Saturday at the 2016 Olympics, it feels surreal. “I knew it,” Henderson said afterward, recalling what had happened when he finally landed after jumping over the moon and back. “I knew it was far. Okay, this is over. I knew I won the competition after that jump.” According to the Washington Post’s Rick Maese, it’s the first gold medal for the U.S. in the event since 2004.

Writing in USA Today’s Sports section, Josh Peter notes that Henderson’s gold is the 999th in Olympic history for the USA. His final jump of 27 feet, 6 inches best Luvo Manyonga (27 feet and 5 1/2 inches) of South Africa by 1 centimeter.

It was the FINAL jump that clinched the #Gold medal for @Jeffery_henders! 🇺🇸 https://t.co/meVdbHiWZo pic.twitter.com/h4MpUdYuHg

Henderson dedicated the gold medal to his mother, “who who’s battling Alzheimer’s disease,” writes Maese. “She’s bed-ridden in Arkansas and communicates with her son mostly with her eyes.”

After winning Olympic gold, Henderson said he will do what probably anyone would do in his position, that’s cry.

“When I place that medal in her hands, I’ll be crying,” Henderson said. “She’s still fighting; she’s still living. That’s the only thing that matters right now.”