Though hard to believe some of us really do grow up oblivious, to Greek life that is. Ask me what I knew about Greek life prior to college and I would tell you “This sorority that wears blue used to come to the Boys & Girls Club and step for us when I was in third grade,” or “My pastor is a Que.” Or the ignorant statement, “Oh I know an AKA because my aunt who I barely speak to is one. She wears pink and green I think? Yeah pink and green.”

Raised around nothing or anyone belonging to BGLOs, I never fathomed or understood the intricacies of being a part of one.

My first weekend on campus for orientation was a literal ghost town. I saw my fellow incoming freshman out on the yard and pretty colored cement areas where no one was sitting. I thought to myself, “Dang, when I start school I can chill out on these? They look hella comfortable!”

During my first night as an official freshman on campus, my new suitemate and I began walking back to the dorm after we danced our feet from our legs at the welcome back party. I admitted that my feet hurt and we should sit. The brick wall was closest to us, but I asked my friend, “Girl lets go sit over on that and just watch people leave the party,” pointing to what I now know as one of the plots. It was close to us as well.

She looked at me like I had lost my mind. She said that space and all the other colorful “chill areas” on campus were off limits if you weren’t Greek. I in turn looked at her like she was crazy.

“Girl what do you mean? I paid my tuition to go here and now you telling me I can’t sit wherever I want? What, is somebody going to try to fight me or something?” Her reply was “Yeah, a whole lot of people are gonna beat your ass.” Oblivious to what an ass whooping felt like too, I opted to stay on the brick wall.

You ever met those “weird” kids in school who never watched TV or had candy and sodas? Admit it, you looked at them like they came from another planet. On my campus, I along with many other freshmen. “Yes, I was not alone,” were the sugar virgins, and the Greeks were the kids with the looks of disbelief on their face.

This is not a joke, you are not being Punk’d, we literally had no clue. Instead of Greeks explaining that certain instances weren’t proper protocol if you didn’t belong to any organization within the Divine Nine, a lot of freshman ignorance was met with angry verbal and physical altercations. In the middle of our beloved Fried Chicken Wednesday, there was a student who bellowed out the certain sorority call and fell in line to participate in their stroll she had been practicing in her dorm room. A fight would have ensued, had a few of her friends not jumped to her defense to explain he lack of knowledge. 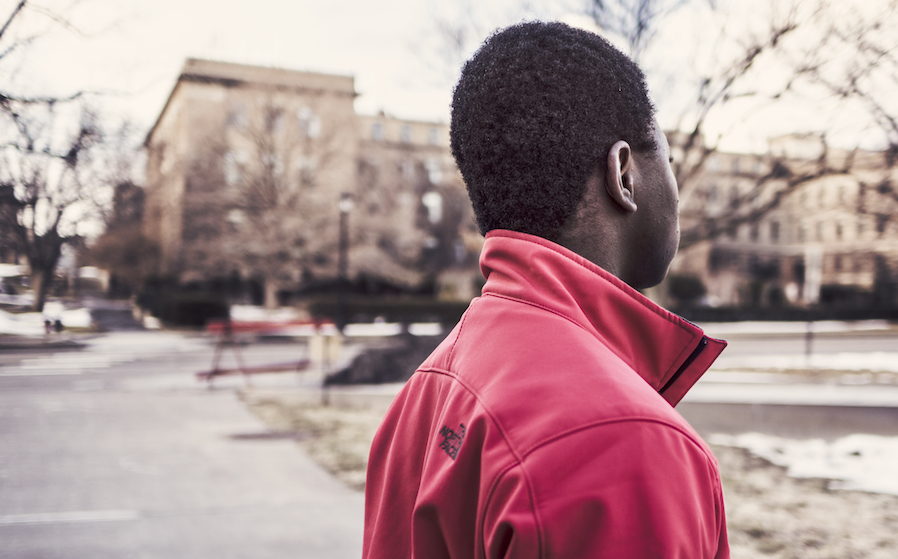 Greeks, can we talk for a second? Hear me out. I know that you worked hard for your letters/membership. I know that you hold your organizations extremely near and dear to your heart,  but for the sake of not having drag out fights and scaring the living crap out of students like myself In their first year, can you just break it down to us what we should and shouldn’t do from the beginning?! I’ve had so many talks with my friends who belong to BGLOs and proposed that maybe once on campus there should be a session available, taught by Greeks on the do’s and Don’ts for Non Greek students. So many of them come back with this response. “No, because they should already know what not to do.” How Sway? In this big and beautiful world that we live in, there will always be people who don’t know anything about something that others know everything about.

Instead of bashing and writing them off, simply taking the time to explain makes way more sense than lacing up your timberland boots and heading out for a witch hunt.

I’ve also had so many of my friends who have joined Panhellenic Greek Organizations at other institutions  tell me they attended each interest meeting for every organization they were…well interested in. My response being “You’re bananas, nobody dragged you to filth on social media after you joined your choice sorority/fraternity?”

According to a fair amount of NPHC members I’ve come in contact, that’s the 8th deadly sin, interest. It will take you straight to the pits of hell. It’s also the 11th commandment, “Thou shall already know what Sorority/Fraternity you would like to join before you step foot on campus. Thou shall know at birth.”

Please understand that during my college tenure, I have met some pretty cool Greeks who will take some time to properly break down the equation that is Greek Life, but I have also met an equal amount of Greeks that will push you dead onto the floor in the middle of the party if you break their stroll during the playing of Knuck If You Buck. (FYI incoming freshman don’t argue with them, just move out of the way. You will think me later.)

Greeks, can we talk once more?

Again, I understand that you love your organizations. But everything isn’t about you. Follow me here and please understand I come laced in peace and respect. So many of my shirts with the same colors of certain sororities’ paraphernalia went straight in the trash to avoid the side eyes and crazy looks. My mom bought me those shirts y’all, they sold them at Wal-Mart, and they were comfortable! I didn’t have you in mind when I picked them out. Had me out there fearfully hiding  my winter scarf and knee high gym socks if I didn’t double check the colors before I left my dorm.

Now 23, with a slew of friends who belong to these awesome organizations, I let them know at the beginning of any inquiry about going out, “Don’t invite me to anything that has to do with your organization. I’m still living in freshman year and I know better boo, won’t catch me out here slipping. I respect y’all enough to know this is a different type of animal, and I can’t get on.”

I’m fully aware that as a non-Greek, there is a respect level that you must have for those who are. You all do great things in the name of your respective organizations for your communities and beyond. I do propose, however, that a lot more members should take into consideration that not everyone comes fully equipped with the manual on Greek Etiquette, Respectability and Decorum.

We are the kids who have never had sugar remember? The sugar virgins!

Tell us not to touch the stove because it’s hot and we’ll believe you. Who wants to get burned?

Honorary AKA Nichelle Nichols, Uhura in ‘Star Trek,’ Passes Away at 89