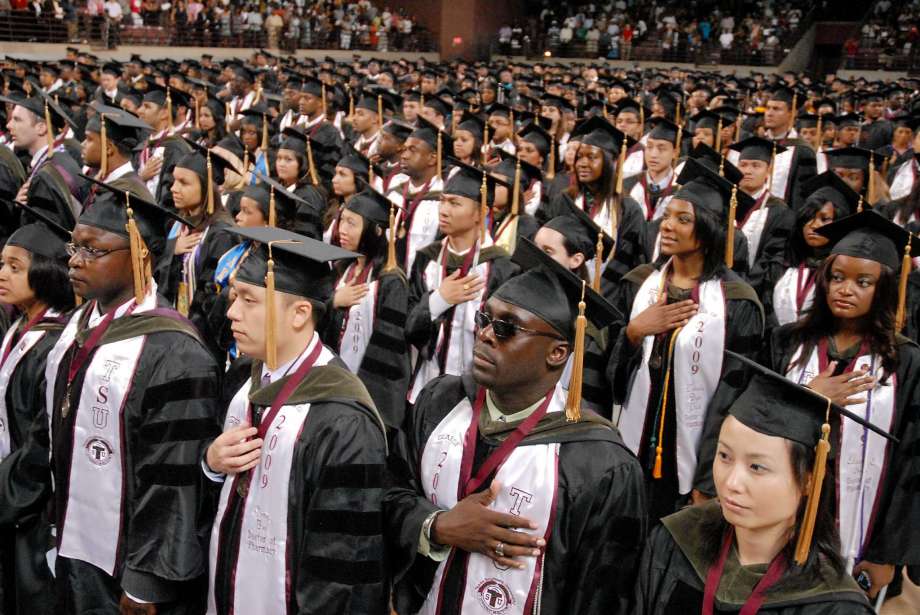 HOUSTON — Texas Southern University is living its purpose – and then some; a purpose showcased by two of its soon-to-be graduates in particular.

Renald “Ren” Moore, for example, is the living embodiment of TSU’s designation as a special purpose institution for Urban Program. That designation given to TSU by the Texas Legislature in 1973 underscored the University’s founding mission – to provide higher education opportunities for those for whom such opportunities rarely existed.   Making mistakes that landed him in prison for nearly 20 years, Moore chose not to give in to despair. Rather, he began rebuilding his life while behind bars, earning an Associate’s Degree in Liberal Arts. That success gave birth to even bigger dreams, a major part of which will come to fruition at TSU’s Winter Commencement this Saturday, December 190 at 9 a.m. at the school’s Health & Physical Education Arena (H&PE).

But Moore’s feel-good story doesn’t end there. For, the aspiring actor/rapper will earn a Bachelor’s Degree from TSU with a Radio, Television and Film major and Theater minor as none other than the Class of 2016’s Valedictorian.

“When I first arrived on campus I didn’t even know how to use a computer,” said Moore, who expected an icy reception from faculty and fellow students. To Moore’s surprise, he was greeted with open arms, provided the necessary guidance and assistance, and has emerged as an academic star sporting a 3.9 grade point average.

Moore cites support received from several campus entities, particularly the Office of Disability Services, which also served as an invaluable resource and “second home” for another graduating overcomer – Ana Cepeda.

On paper Cepeda seems like any other soon-to-be TSU graduate. But her reality, like that of so many TSU students, is far deeper than a surface observation. You see, Ana is 100 percent visually impaired, losing her sight in a bout with cancer at a young age. But she did not lose her determination to earn a college degree.

While experiencing numerous hurdles, including being robbed (off campus) of her computer equipped with a special screen reader critical for her studies, Cepeda bravely and boldly met all challenges – including providing police with a description of the perpetrator so succinct that he was caught and arrested within hours. The fiercely independent Cepeda, who navigates campus and the city aided only by her trusted companion and guide dog Calliope, is quick to acknowledge the many helping hands she has encountered at TSU, including the Office of Disability Services’ Sharon Benavides, Disability Coordinator II and Kaya Pickens, Program Assistant, and Dr. Johnnie Williams, who taught Cepeda’s favorite class – international business.Though Cepeda’s journey from her birthplace of Monterey Mexico to Houston, was lengthy, her most cherished journey is the one she will make this Saturday walking across the graduation stage to receive her Business Management degree – just her and Calliope, both adorned in cap and gown.

Though Cepeda’s journey from her birthplace of Monterey Mexico to Houston, was lengthy, her most cherished journey is the one she will make this Saturday walking across the graduation stage to receive her Business Management degree – just her and Calliope, both adorned in cap and gown.

“Graduation is a major accomplishment because despite all the difficulties and obstacles I had to face, they didn’t discourage me from accomplishing my goal,” Cepeda said.

This story was written by Texas Southern University. This story is publisged here with permission.