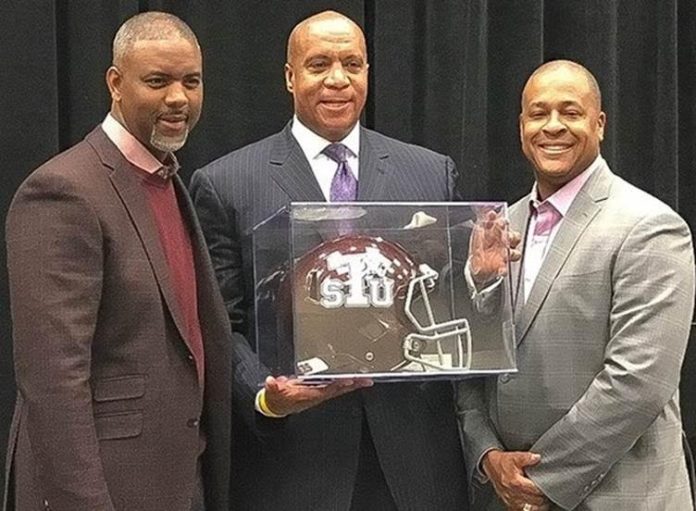 The Pioneer Award was conceived by Texas Southern University alumnus and Washington Redskins Sr. VP of Communication Tony Wyllie. Its purpose is to highlight the diversity within the NFL’s front offices and encourage continued inclusive hiring practices by NFL franchises.

Warren pledged to continue to work hard and do all that he can do to open up doors not only for people of color but also women.

“I am keenly aware of the sacrifices others made before me to give me the opportunity to work and excel in the National Football League and I am going to do all that I can to possibly open up doors for others,” warren said.

“Kevin is deserving of this award,” Wylie said. “His promotion as the highest ranking African American National Football League team executive is a testament to his talents and work ethic that he has displayed throughout his 19-year NFL career. The fact that my alma mater, Texas Southern University, is benefitting from Kevin’s success makes this award extra special.”

“We are grateful that Tony Wyllie, a proud Texas Southern University alumnus, was instrumental in bringing this award to Texas Southern,” said TSU President Austin Lane.  On behalf of the TSU family I would like to congratulate Kevin for the excellent example he has set for our students to model themselves after. We know that our students will benefit greatly from this annual award.”

Texas Southern University presented the Pioneer Award as part of Super Bowl LI festivities. Reception proceeds benefit the University’s Graduation Success Scholarship. The plan is to hand out the award each year at the Super Bowl site, with next year’s game being in Minnesota.

This story was written by The TSU Newsroom at tsu.edu, where it was originally published. This story is published here with permission.