INSTITUTE, W.Va. – Tennessee attorney L. Vincent Williams has been elected Chair of the West Virginia State University (WVSU) Board of Governors for the 2018 fiscal year that began July 1, 2017.

A 1972 graduate of WVSU with a degree in business administration, Williams is an attorney in private practice in Nashville, Tenn. He was formerly the Deputy Attorney General of the Special Litigation Division in the Office of the Tennessee Attorney General.

“West Virginia State University is on the upswing with continued growth in enrollment, and the addition of new degree programs to meet the economic demands of the state and nation,” said Williams. “I look forward to working with my fellow members of the Board of Governors and WVSU President Anthony Jenkins and his administration to continue that positive growth.”

A native of Alderson, W.Va., Williams was first appointed to WVSU’s Board of Governors in October 2009 to fill an unexpired term and has served in various capacities on the board including, Vice Chair, Secretary and Chair of the Finance and Audit Committees.

“Being both an alum of West Virginia State, and someone who has built his own successful law practice, L. Vincent Williams brings a valuable perspective to the Board of Governors,” said WVSU President Anthony Jenkins. “He knows the values and history of our institution, but also understands what we as a University must do to continue to be successful in today’s competitive higher education landscape.” 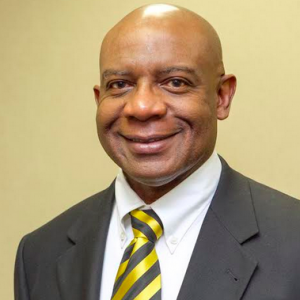 Williams’ election as Chair came on Thursday, June 15, during a meeting of the Board.

Also, WVSU alum William Lipscomb was re-elected Vice Chair of the Board of Governors for fiscal year 2018. Lipscomb is a Re-Entry Specialist with KISRA.

In addition, E. Gail Pitchford was re-elected the Board of Governors Secretary for fiscal year 2018. Pitchford is President of the Charleston Area Medical Center Foundation.

The Board of Governors provides oversight to the University and consists of nine members appointed by the governor of West Virginia, as well as representatives of the school’s faculty, students and classified staff.

The next meeting of the WVSU Board of Governors will be in September.

West Virginia State University is a public, land grant, historically black university, which has evolved into a fully accessible, racially integrated, and multi-generational institution, located in Institute, W.Va. As a “living laboratory of human relations,” the university is a community of students, staff, and faculty committed to academic growth, service, and preservation of the racial and cultural diversity of the institution. Its mission is to meet the higher education and economic development needs of the state and region through innovative teaching and applied research.