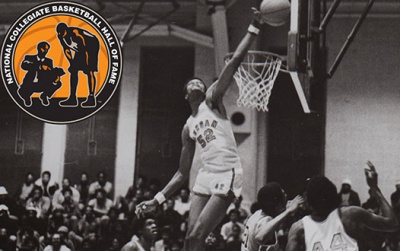 Dubbed “The Human Eraser,” the late Marvin Webster was one of the most dominant big men in college basketball history. From 1971–75, Webster tallied an NCAA record 2,267 rebounds, and his 740 boards in 1974 and 650 in 1973 are the two highest single-season totals in Division II history. Webster was a three-time Mid-Eastern Athletic Conference (MEAC) Player of the Year, and he holds Bears program records in rebounding, blocks, field goals made and free throws made. He averaged 21 points, 22.4 rebounds and eight blocked shots in 1973–74, leading Morgan to the Division II national title.

Webster was drafted in the first round by both the NBA and ABA in 1975 and played 10 professional seasons. He played for the Denver Nuggets in the ABA and for the Seattle Supersonics and the New York Knicks in the NBA.

Webster will be the first Morgan alumnus inducted into the National Collegiate Basketball Hall of Fame.

The National Collegiate Basketball Hall of Fame is located inside of the College Basketball Experience (CBE), an experiential entertainment facility adjacent to Kansas City’s Sprint Center. The Hall of Fame’s 13th induction celebration will precede the 2018 Hall of Fame Classic, which will showcase Nebraska, Texas Tech, USC and Missouri State competing on Nov. 19–20 at Sprint Center. 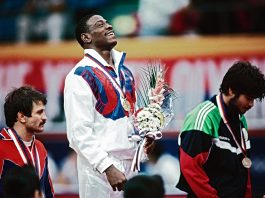 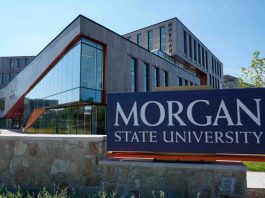 Morgan State is On a Mission to Become Marylands’s first R1...