Nasya Blackwell spent another summer illustrating what Aggies do through her participation in The U.S. Congress – Republic of Korea National Assembly Exchange Program. This unique program is designed to broaden the perspectives of Korean and American students. Leaders are exposed to the legislative process, the history of U.S. and Korean relations, and current economic, political, and security aspects of the bilateral relationship. 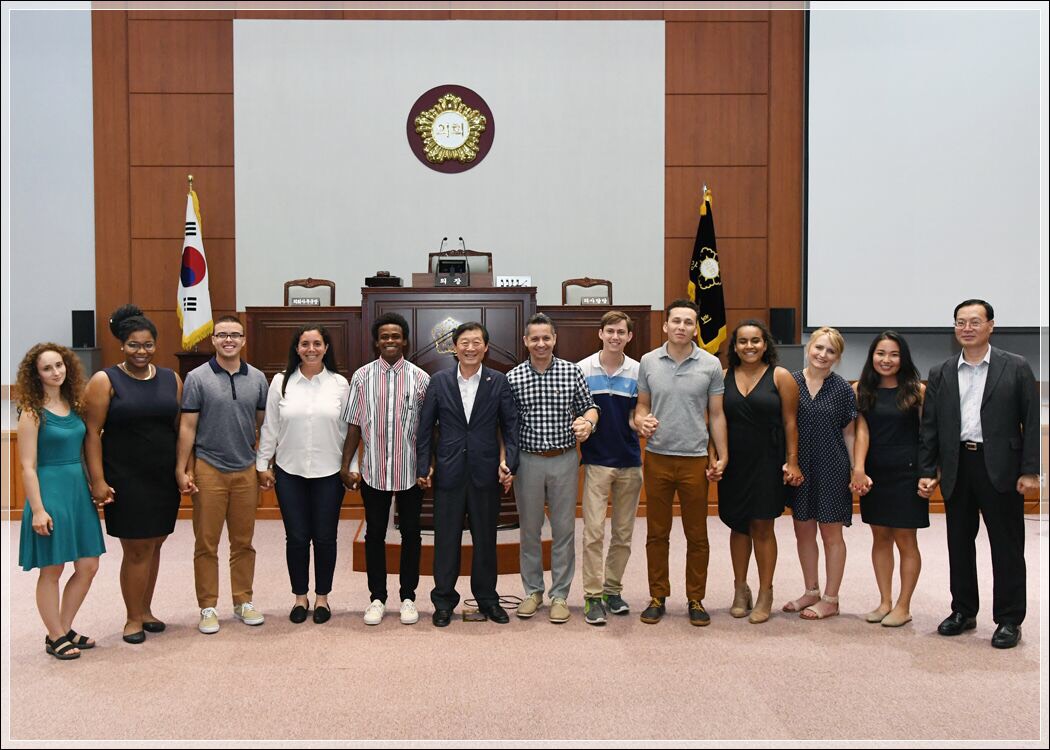 Participants spend time touring the country immersed in the Korean culture, meeting with Korean officials (National Assembly, Ministry of Foreign Affairs, and KOICA), and residing with their host family to gain more insight of everyday life in Korea. The participants also learn and analyze the joint relations between the United States and South Korea while engaging with the people and learning the culture.

“Being the only HBCU student chosen as a delegate this year, the experience opened my eyes about the importance of representing my country and sharing the beauty of my culture abroad. I only hope my journey will open doors for and/or inspire students to participate in this life changing program.” It is her hope to increase the want of African American students to travel and study abroad. Blackwell, 21, is a senior political science and English student at The North Carolina

Agricultural and Technical State University. With her heart set on a future of changing lives for people everywhere. Ms. Blackwell is currently an honors student, campus leader, and now international ambassador with the hopes of starting law school immediately following graduation. Ms. Blackwell’s future career goals include becoming the U.S. ambassador for the United Nations, and ultimately, President of the United States of America.

Additional quotes from Nasya Blackwell “Seeing the amount of joint relations that the two governments possess, I think it is only right that both of our nations and culture are exposed to one another.”

“A highlight of the program included our travel to North Korea to meet with members of City Council, Deputy Mayors, and attending meetings at the Ministry of Foreign Affairs. Just as rewarding was our ability to speak to Koreans about international human rights, economy, politics, and foreign relations.”