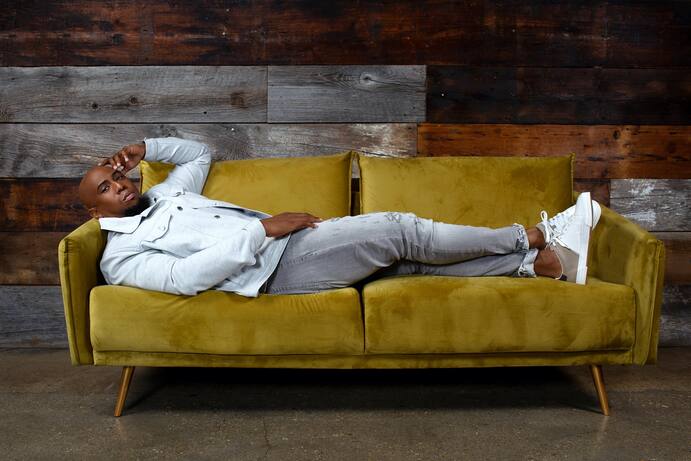 Morgan State University‘s Anthony Brown is creating his own sound in gospel. Read all about how music has changed his life in his new profile in the New York Post by Stephanie Williams today!

When Anthony Brown got the news of his Grammy nomination for best gospel album for “2econd Wind: Ready,” he was floored. It was a moment that symbolized how far he’d come from his early days as a fledgling artist, when he felt so stifled by his speech impediment that he didn’t want to sing his own songs.

“I was trying to shop my songs, but nobody would sing my songs because you couldn’t hear them,” says Brown, whose recent nod marks his second Grammy nomination with his band, Group TherAPy. “I had to sing them to get them out there, and little did I know that me having to demo my own songs would turn into a career in recorded music for me.”

The Baltimore-born singer, who is the assistant minister of music at First Baptist Church of Glenarden in Upper Marlboro, Md., broke ground on his Grammy-celebrated record by breaking through another personal barrier.

“It was me taking up a little jogging, a little running and bike riding, just trying to keep my tempo together, and I kept hitting this plateau, this wall,” he says. “But then, I was talking to avid runners and bike riders and they’re like, ‘Yeah, you’ve got to press through that feeling, and when you press through it you experience something we call a second wind, which is almost like you’re just starting all over again.’ ”

It’s not just personal barriers Brown and his band, Group TherAPy, break with “2econd Wind.” Sonic walls are torn down through the process. The signature, syncopated go-go beats on track “Blessings on Blessings” might ring familiar to D.C. natives. He also injects hip-hop with the affirming anthem “He Always Wins,” where Georgia rapper 1k Phew’s hypnotic flow doubles down on the Lord’s praise: “Yeah, I’m leanin’ on Jesus and you can lean wit’ me / So now you got you somebody that you can lean on / If you think you can stop Him, you better dream on / When I’m callin’ on God, I bet this His ringtone.” With fellow contemporary gospel star Jonathan McReynolds, Brown and his band segue into smooth R&B with “Real,” with their soaring harmonies glimmering amid the buoyant beat.

“A lot of people who haven’t grown up like I did are turned off by the idea of religion, turned off by even the sound,” Brown says. “Many of them are warmed by the message but turned off by the sound. I try to create a balance between opening up your musical palate, giving you what gospel needed to move, but also making it familiar in a way that you already recognize and hear music anyway.”

Brown, 39, hails from a long family line of pastors, and his formative music years were heavily rooted in the church. He cultivated his musical skills in the secular world at Baltimore School for the Arts before moving on to Morgan State University, where he would eventually form Group TherAPy in 2000.

“The group was the answer to my prayers — I was looking for some kind of vehicle to get the songs out of my head,” he says.

In the beginning, the band was dubbed Answered Prayers, before tragedy struck. After one of its members died of cancer, the band found healing through one another, and that’s when the name Group TherAPy materialized (the “AP” pays homage to their former name).

“When you have siblings that sing together, there’s something different about their sound because the connection is just different,” Brown says. “That’s what I kind of feel with Group TherAPy. None of them are my siblings, but I treat them like my siblings.”

That bond was put to the test while making their most recent album, “Stuck in the House: The Pandemic Project.” The coronavirus had completely upended the core staples of Brown’s life — church and community — and he wrote the album at home, then brought each member of Group TherAPy into a recording booth one at a time to lay down the finished product.

“They never even heard the final version until we all heard it together when it was out,” Brown says with a laugh. “That is totally different from how we normally record. We hear it together and work through it together. The pandemic challenged our concept of not being alone.”

On “Stuck in the House,” Brown grapples with the feeling of isolation and even gets political. For one of the tracks, “Call to Action,” Brown addresses the senseless killing of Black Americans. His booming voice marches like a protester to a steady drumbeat, reciting the names of George Floyd, Breonna Taylor and other Black lives lost.

“The murder of George Floyd was extremely emotional for me,” Brown says. “I think for most people, no matter what your color is, there should be some feeling of anger. This is what our country has come down to. When I sat at the piano that day, again, I wanted to create something that helped me get out the emotion that I felt.”

Like the boundless sound he creates with his music, the emotions he wears on his sleeve in “Stuck in the House” transcend religion. For Brown, it’s more than just spreading the Lord’s word. It’s also about spreading the teachings of what it means to be human.

“Music is really the universal language,” he says. “So something that’s not as easy to talk about you can sing about, and people can find a level of commonality, find the connection.” 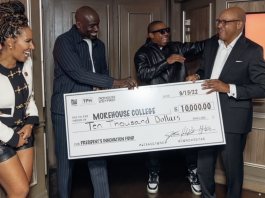 Ja Rule and The Painted House Make Donations to Morehouse and... 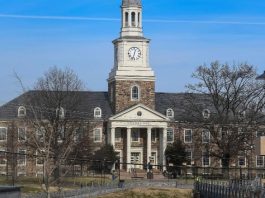