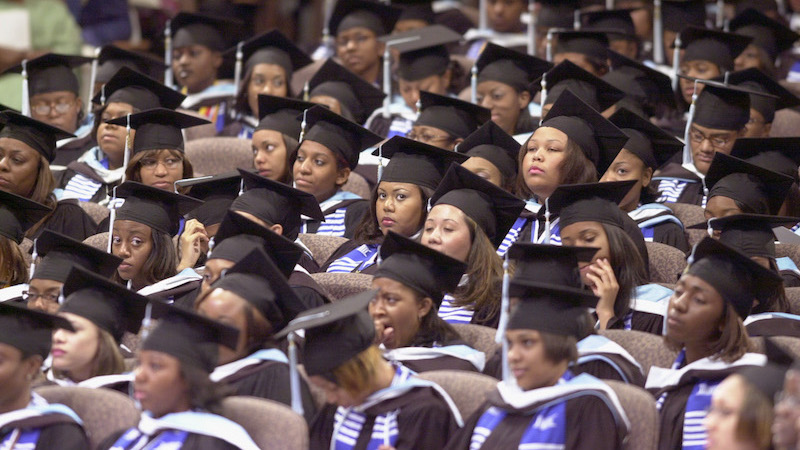 How many times do we have to go through this?

Tweets alleging four Morehouse College students gang raping a Spelman College student rocked the black college community on Monday. The tweets by an anonymous Twitter account led to the “rape by Morehouse” hashtag—and started a conversation about sexual violence on campus at HBCUs.

In a heart breaking series of tweets that recounts the incident in vivid detail, an anonymous Twitter user criticizes Spelman for refusing to do anything about it and says this is her first and last year at the school.

Its sad that I have to create a page to express myself rather than tweeting from my real account because AUC students blame & bash victims.

“This is my freshmen year at Spelman and my last year because I decided to leave after what happened to me,” tweeted the anonymous Twitter account.

“I went to a party with my friends there were a lot of people there and it was really fun so we decided to drink with the upperclassmen. I was drunk but that doesn’t mean I forgot about what happened. I went to the bathroom upstairs to throw up and when I opened the door I was surrounded by four Morehouse students who took me to another room and took turns raping me.”

The owner of the account said she was in shock about what had happened and won’t be attending Spelman in the future because she feels she was silenced.

“It’s sad that I have to create a page to express myself,” she said, “rather than tweeting from my real account because AUC students blame and bash victims.

Spelman College President Mary Schmidt Campbell reached out to the owner of the Twitter account, expressing her personal support for her.

“Our hearts go out to you @RapedAtSpelman. Please identify yourself to me, so that I may offer you my full support and assistance,” Campbell said.

Marsai Martin To Be Honored By Spelman College’s Alumnae Association