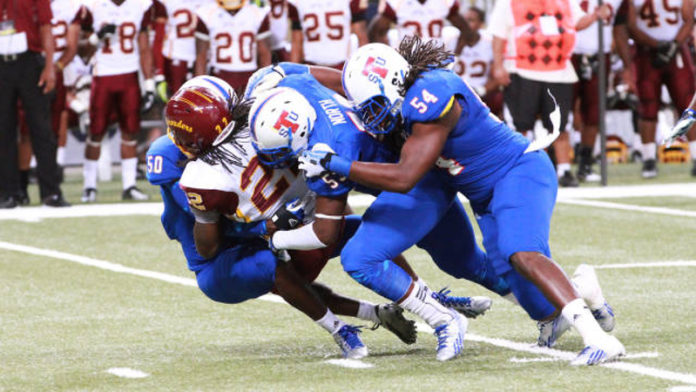 Ahead, you will find the 10 best recruiting class among Division I historically black colleges, ranked after extensive research of the 22 schools, writes Donal Ware at BoxToRow.com, who concluded that the Tigers class is No. 1.

“Tennessee State continues to recruit well and has premier facilities amongst FCS programs. They SHARE a professional stadium with the Tennessee Titans. And when they play on campus they play in what’s called “The Hole,” at historic Hale Stadium.  It may not mean much to the recruits, but when you can tell the recruits’ parents that legendary coach John Merritt coached there and players like Too Tall Jones, Richard Dent, Claude Humphrey, Joe Gilliam, even head coach Rod Reed himself, played there, it carries weight.  Not to mention, Dominique Rodgers-Cromartie is still playing at a pretty high level with the New York Giants and a few other players have been drafted more recently.  Plus the Tigers have a full indoor facility.”

“The Eagles won the MEAC championship for the third-year in a row, but won it outright last year for the first time since 1973. After having the number one recruiting class in 2015, they did not make the rankings last year, but came back strong this year. This is probably head coach Jerry Mack and staff’s best class.  The Eagles added depth in the trenches on both sides of the ball where they were already strong by signing 10 of their 22 players to the offensive and defensive lines.  The prize of the class could be Miami Norland defensive back Aaron Duncan a three-star recruit by Scout and 247 who had offers from Southern Miss, NC State and Tulane.  He played safety, but could convert to corner and help replace former BOXTOROW All-America Mike Jones who graduated, enrolled at Temple and is eligible to play right away.  The Eagles also bolstered their linebacking corps by signing three including Branden Bailey (Deerfield Beach), who was rated as a three-star recruit by Scout.com and ranked as the 10th inside linebacker in Florida and Patrick Conner from Greensboro Dudley who helped lead the Panthers to another state title and along the way recorded 166 tackles, seven tackles for loss, eight sacks, two interceptions and two forced fumbles.”

“Head coach Tony Hughes was known as one of the best recruiters in the country while at Mississippi State and brings that reputation to Jackson State with his second class, signing 34 players. One of the highlights of the class is quarterback Jeffrey Toney from Niceville, FL. Toney has a big time arm and is a pro-style quarterback that can throw it deep.  He’s 6-6, 223 pounds and completed 67.5 percent of his passes for 2,657 yards with 29 touchdowns and eight interceptions in 11 games as a senior.  Quarterback is definitely a need for the Tigers with the graduation of LaMontiez Ivy and the transfer of Juwan Adams.”

“Spartan head football coach Latrell Scott and staff put together another solid recruiting class and placed an emphasis on recruiting Virginia and more specifically the Tidewater area. The Spartans placed a major emphasis on the offensive line in recruiting last year, but did not have success running the ball in 2016. The Spartans signed Rivals three-star running back Marvin Beander, Jr. from Maryland’s Quince Orchard.  He has homerun ability and rushed 168 times for 1,339 yards and 19 touchdowns as a senior.  The Spartans also signed a big running back in Shedrick McCall, III who is listed at 6‐2, 235 from Richmond’s L.C. Bird.  He was first‐team All‐Metro and All‐5A South Region after rushing 195 times for 2,280 yards and 38 touchdowns as a senior.”

“This is the first time in the 11 years of rankings that the Bison are ranked. Former Richmond and UVA head coach Mike London was introduced as the head football coach about a month ago and hit the ground running. He was able to sign some new players while getting some players who had already committed to the program to stay.  Twenty-three committed in all with eight of those players being from the DMV (DC, Maryland, Virginia).  The Bison will have the best running back in the MEAC in Anthony Philyaw returning, but signed Rivals two-star running back Jammone Williams from Desoto (TX) who stayed with Howard despite the coaching change.  Thomas Jefferson (PA) running back Quinton Hill also signed and as a senior had 250 carries for 1,940 yards and 28 touchdowns.  Howard struggled at quarterback last year and perhaps the biggest name amongst Howard’s prospects is Grady’s (GA) Caylin Newton.” 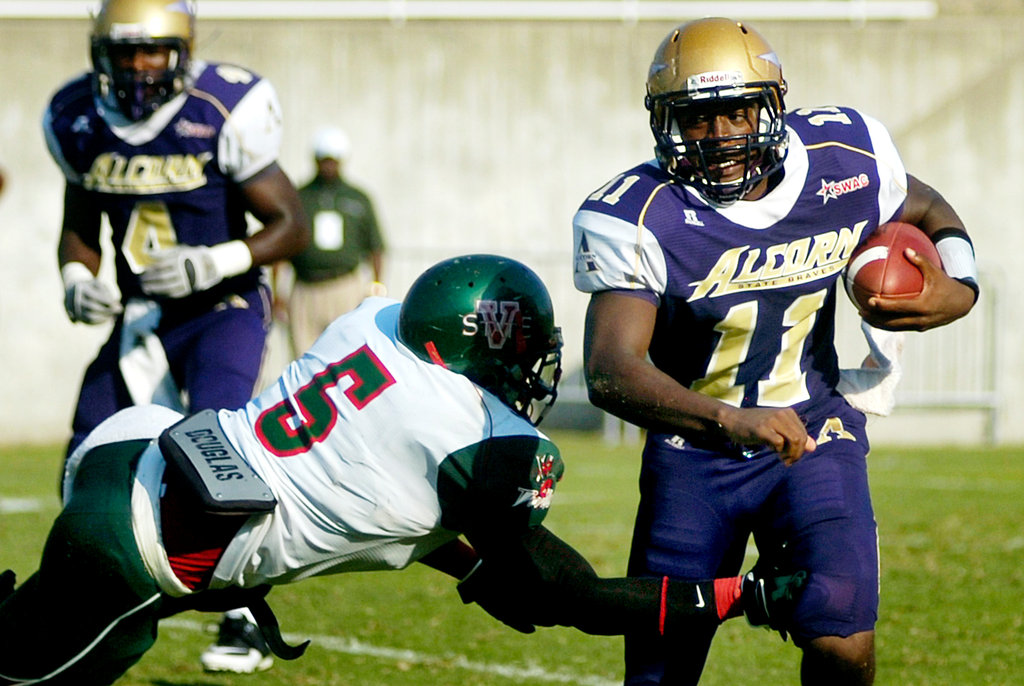 “Even though Alcorn State won the SWAC East, the season wasn’t where Braves coach Fred McNair wanted it to be. So he and his staff went out and added to what should be a solid football team in 2017. The prize signing in the Braves class which consisted of 14 players, eight from Mississippi, is safety Cleveland Ford from Gulfport.  He’s a three-star recruit who received offers from FBS schools including Texas Tech.  Ford also played quarterback, passing for 1,799 yards and 11 touchdowns. He is an early enrollee and will participate in spring drills.  With Marquis Warford returning but coming off injury, the Braves added another Marquis(e), running back Marquise Forman, a two-star Scout product from Cedar Hill in Texas who rushed for 873 yards and 13 touchdowns as a senior.  To aid in the running game, Alcorn signed two-star offensive tackle Franklin Smith from Liberty-Eylau in Texarkana, TX.” 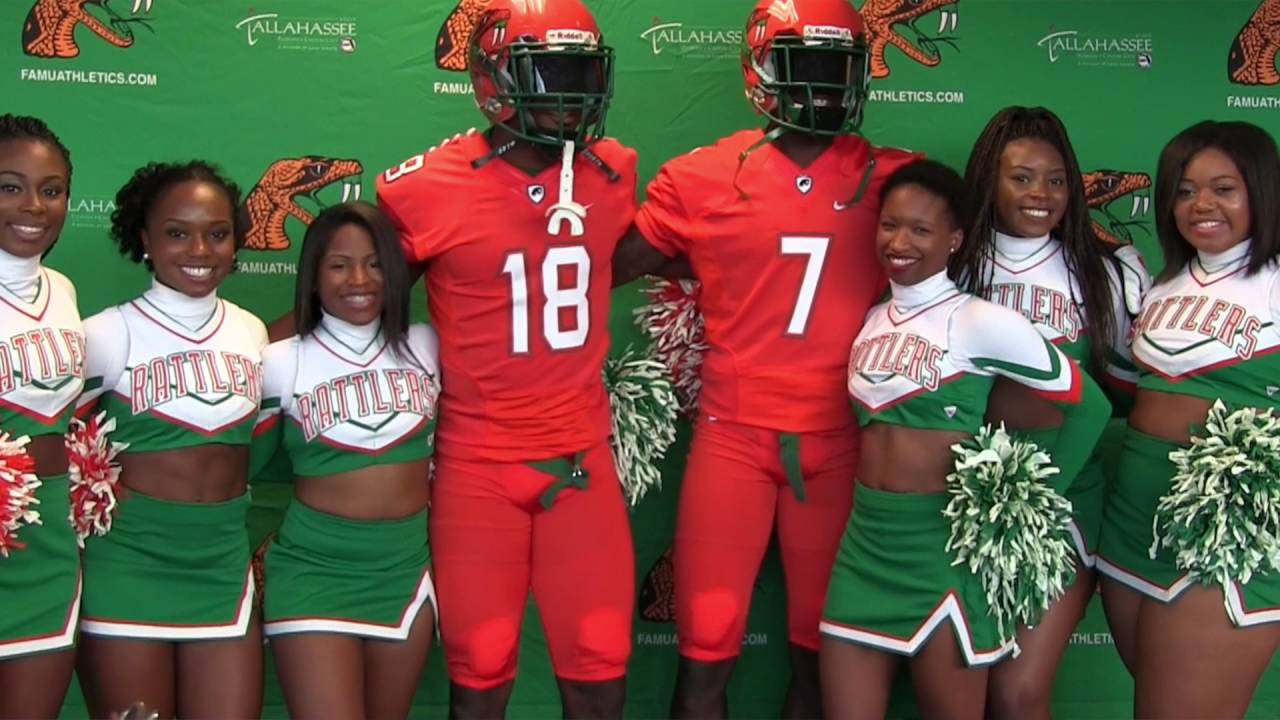 “The Rattlers under now third-year head coach Alex Wood signed a total of 24 players, 18 of those players from the high school ranks. FAMU didn’t even have to leave the football-rich state of Florida as all of the high school signees were in-state and 20 players are from Florida. Offensive line was an emphasis and the Rattlers addressed that unit by signing three including Scout three-star prospect Donovan Hovey-Franklin, ranked the 12th best offensive tackle in Florida, Scout two-star prospect Antawn Lewis, who had offers from UNC, Charlotte and South Florida and 247 Sports three-star Steven Jean-Baptiste (Chaminade-Madonna Prep).”

“The Wildcats are coming off a disappointing season, a lot of which was due to injury. Head coach Terry Sims and staff addressed several needs and added depth. The Wildcats signed a total of 16, including 12 from Florida.  Highlights from the class include a couple of Miami offensive linemen in Cecric Jackson (Norland) and Teaki Fuller (Norland).  Cornerback Keon Jackson from Jacksonville’s Mandarin is a Scout two-star recruit and can help bolster a Bethune-Cookman’s secondary which ranked third in the MEAC in passing in 2016.  Wide receiver Marquis Wimberly should also be a nice addition after playing at Chaffey College, previously prepping at Miami’s Norland.” 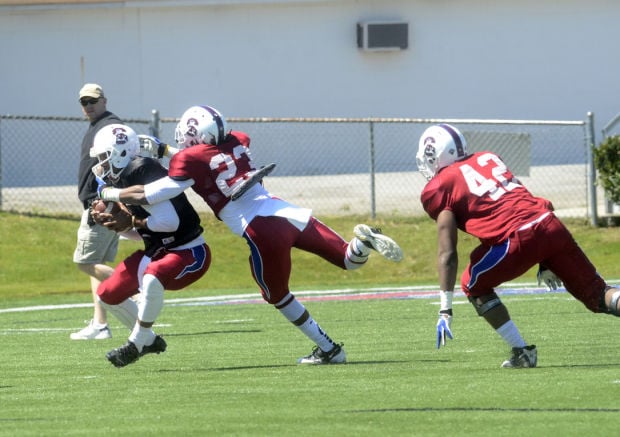 “The Bulldogs have perennially had a top five class. They have always recruited South Carolina well and placed an emphasis in recent years on North Carolina (Hargrave is from Salisbury) as well as Georgia. Because of fiscal affairs, head coach Buddy Pough and staff got all 22 of their players from South Carolina.  The Bulldogs really needed to address some issues on offense and did that by signing five running backs including Lake City’s Tyshawn Baines who in his senior year accounted for 1,463 yards and 24 touchdowns and Beaufort’s Omar Cummings who as a senior accounted for 1,270 yards and 17 touchdowns.  The Bulldogs also needed a quarterback with the graduation of Adrian Collick, Jr. and Caleb York transferring.  They signed Strom Thurmond’s Tyerece Nick, who accounted for over 2,400 of total offense, to compete to back up starting quarterback Mykal Moody.  Defensively, the Bulldogs will be solid behind the play of reining BOXTOROW Willie Davis Defensive Player of the Year linebacker Darius Leonard.” 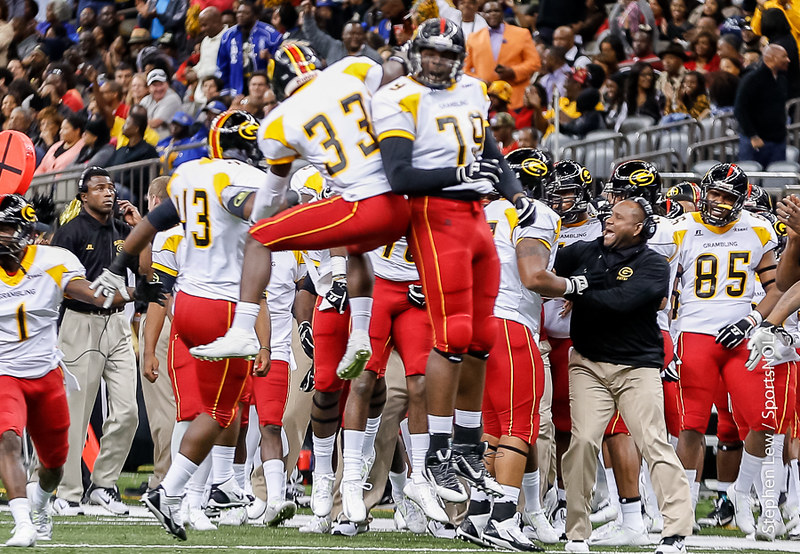 “The defending BOXTOROW national champion Tigers signed 19 players and placed a major emphasis in the trenches, signing five offensive linemen and five defensive linemen.  What was most impressive is how big the offensive linemen are as their average weight is 300 pounds.  Ole Miss transfer Christian Norris was a big signing.  He is a former teammate of Kincade and was getting ready to retire from football due to a neck injury, but the doctors cleared him to play. Also watch for Preston Davis from nearby Neville.” “Savannah State surprised a lot of people by winning three games last year.  With Erik Raeburn entering his second season as the head coach, recruits can see that the Tiger program has some potential.  What was impressive about the class is that of the 26 signees, 21 are from Georgia, one is from nearby Hilton Head, S.C. and three are from nearby Jacksonville, FL.  Another impressive item with respect to the class is the signing of seven offensive linemen.”

Head over to BoxToRow.com to read more.