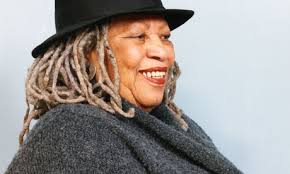 I respect the work Toni Morrison has done–line by line and page by page. Her work has influenced the nation in many ways, and if we were to explore and praise Morrison for every novel she has written we would have to write an entire series of books.

But I question Morrison’s recent decision to house her papers at Princeton University–a place where Morrison has taught for numerous years–instead of Howard University, the alma mater of Morrison and where she initially got her start at. I find it interesting that Morrison didn’t give her scholarship back to her “nurturing mother”.

(I believe that our nation’s HBCUs are under-supported by its graduates, graduates of Black colleges, in fact give back less than 6 percent to their respective alma maters. Do we trust a Eurocentric institution to preserve and reproduce your intellectual capital?)

“We’ve left much of our institutional memory at non-black institutions,” said Dr. Carr of Howard University, who says that the papers belong at Morrison’s alma mater is tied to a concern about the history of race and education in America.

“Quite frankly,” he said, “I think 100 years from now people will look back and realize that this is one more symptom of the deep cultural malaise we have in this country.”

If we are courageous enough to support our own institutions the sky is the limit for what they can continue to do across America.

HBCU Designers Made Their NSFW Debut And Footaction’s No. 1 Design...

This Woman Has Been In A Year-Long Project To Find Out...

Coppin State University Students Recreate A Photo From Back In The...