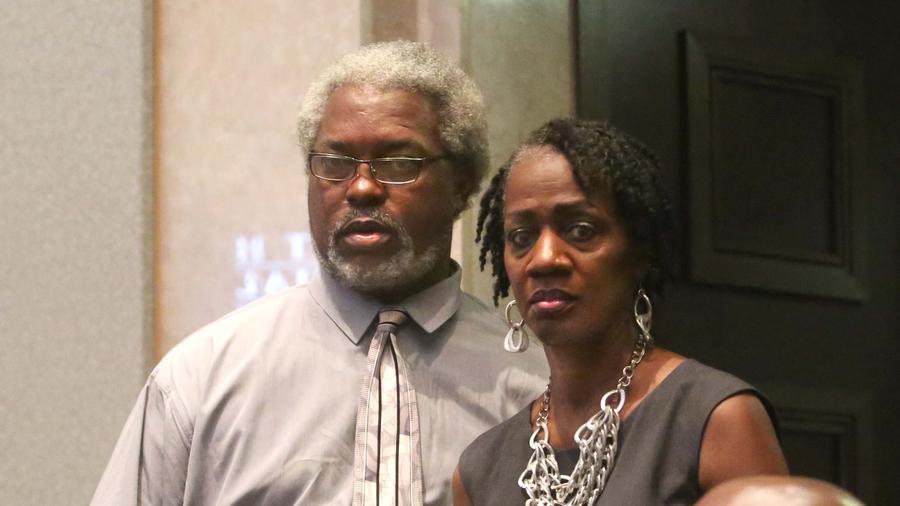 University officials and FAMU’s board of trustees were not immediately available to comment on the proposed settlement, obtained by the Orlando Sentinel through a public-records request Wednesday, But any payment greater than $300,000 would have to be approved by the Florida Legislature.

The university, Florida’s only publicly funded, historically black college, has 30 days to accept or reject the offer.

Champion, 26, was beaten to death Nov. 19, 2011, by fellow members of the Marching 100 during a hazing ritual on a bus parked at the Rosen Plaza Hotel in Orlando after the pre-eminent ensemble performed at the Citrus Bowl as part of the Florida Classic weekend with Bethune-Cookman University.

The settlement offer, if accepted, would cover all damage claims arising from the drum major’s death.

Of 15 bandmates charged in Champion’s death, only Dante Martin, characterized as the hazing organizer, went to prison. He is appealing his conviction and six-year sentence imposed by Circuit Judge Renee Roche, who described Champion’s fatal flogging on the bus as “profoundly disturbing.”

Attorney Christopher Chestnut, counsel for Robert and Pamela Champion, the drum major’s parents, rejected a $300,000 settlement offer from the university in 2012, arguing FAMU’s failure to halt hazing in the band created an “institutionalized coercion” that led Champion to submit to a practice he disliked.

FAMU lawyers have insisted the school — and taxpayers — should not be held financially liable because Champion voluntarily participated in the hazing, a violation of state law. Champion, a seventh-year student at FAMU, rose to a leadership position within the band, though he had steered clear of hazing.