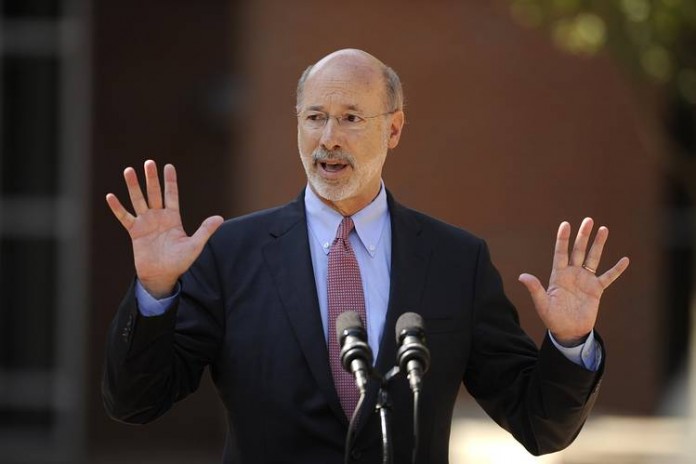 Since, public university operating budgets are met mostly by it’s state government allocating funding, many public schools face looming issues when politicians decide that they want to cut an institution’s funding in the blink of the eye.

Below are a few institutions that are facing similar issues because of terrible politicians who think that public institutions can survive in the midst of visceral budget cuts, poor plans, and unjust funding allocations.

According to a Tennessean article, March 2nd marked the day that Tennessee State sutdents filled a meeting to protest Govenor Haslaam’s plan on Tennesse’s public universites. It is important to note, in the midst of this major election year, that Gov. Haslam is a Republican who refuses to listen to the voices of students, faculty, and staff at TSU. 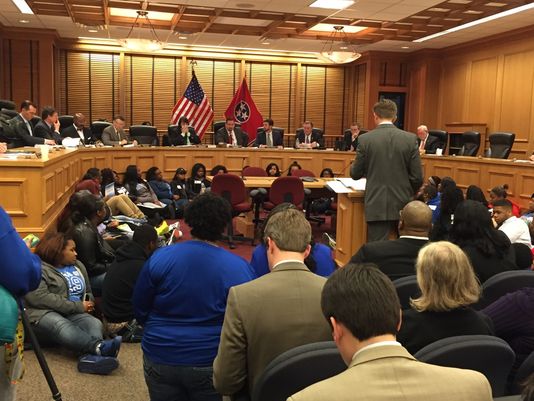 The article argues, “TSU has voiced cautious opposition to Haslam’s plan recently, releasing a statement last week that included several concerns from students, faculty and Glover. In an interview after the hearing, Glover said parts of the bill were “unfair to TSU,” particularly that  the university would have to compete with the combined political power of the UT system, which she called ‘an academic monopoly’.”

The article further states, “Faison, the committee chairman, repeatedly thanked the students for coming to the hearing. Before the vote, he encouraged them to continue voicing their opposition to the bill as it continues to make it’s way through the General Assembly.”

Could it be that lawmakers don’t plan to listen to students from TSU on the college bill? What was the committee chairman thinking when he thanked students but led a vote to continue with the same proposed plan? A theme that is seen in many different budget cuts is that politicians feel that they can do whatever they desire, even amid pressure to reconsider plans, when they aren’t up for election in the near future. Politicians tend to be themselves when their job isn’t up for question during an election cycle.

Known as Mr. Tennessee State, Delvakio Brown, told The Buzz in an exclusive interview, “If students do not make themselves aware of bills that affect them then HBCUs will always have a fight that can’t be prevented in advance. HBCU students have to stand up and let their voice be heard collectively with action plans that are more than protest! If we want to make sure our institutions are supported equally, we have to constantly make our presence known to those who vote on laws and bills that affect us.” 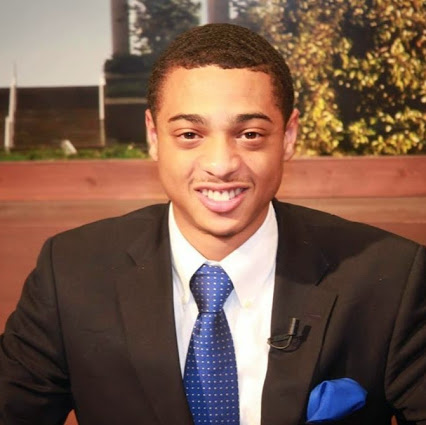 Brown also said, “The Governor’s plan is unfair to TSU because now it makes it harder to receive funding and a chance for having people on the board who are not fully aware of the importance of an HBCU or even the needs and necessities of TSU.”

A Chicago Tribune article argues, “About 30 percent of Chicago State’s funding, roughly $36 million a year, comes from the state. There are lots of other ways the nearly bankrupt state could put that money to use. The university has made it clear that unless the General Assembly comes up with some cash soon, the school will run out of operating funds next month. And the only alternative could be shutting its doors.”

Let that sink in! CSU, a public university that many inner-city African-Americans attend, can close it’s doors if lawmakers in Illinois do not get their act right. Politics in Illinois has merely became throwing salt on open wounds–treating the future of our young people like an insignificant idea. 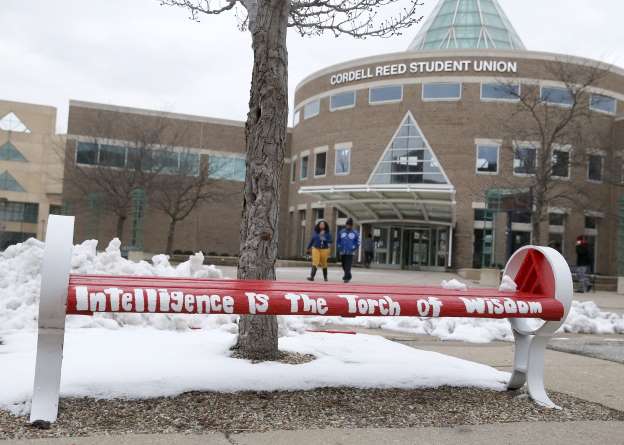 According to the Washington Post, the school sent layoff notices to all employees on February, 25, 2016.

Jonathan Harvey, CSU student and member of Phi Beta Sigma fraternity Inc., said in an exclusive interview with The Buzz, “A few things were helpful to me here. The Alpha Alpha Beta chapter of Phi Beta Sigma Fraternity Inc., of course, meeting these men have aided in making my transition into CSU so smooth–just as I would have expected them to. Secondly, the positive influence that has rubbed off on me here, students and teachers work very hard. Not only in school but in life; everyone here has a story–I love hearing others and in turn sharing mine. It’s what makes this University unique.”

He also said, “I have an extremely uneasy feeling amid this crisis, as a transfer student in my second semester here I almost think: why did I come? Then, I think about how much being at Chicago State has helped and changed me for the better. I have a big urge within me saying: ‘What can I do to keep it open’?”

The Buzz reached out to the president at Chicago State for a statement and has not heard from the school. 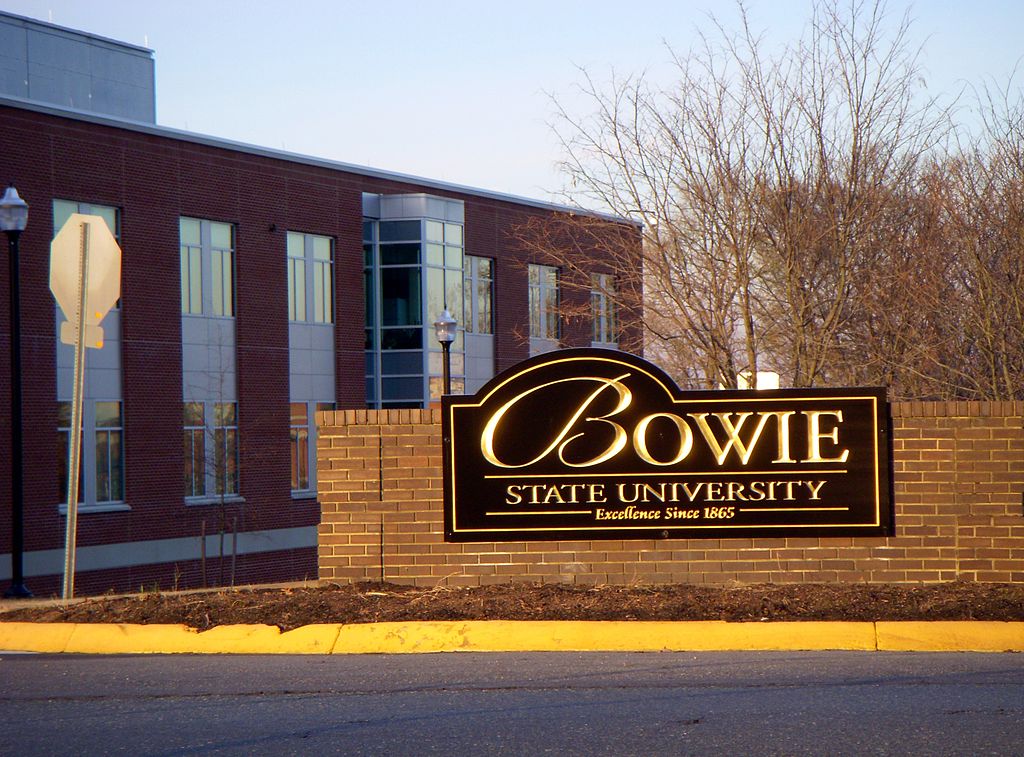 The Afro-American Newspapers, released an article stating, “The lawsuit was brought by the Coalition for Equity and Excellence in Maryland Higher Education – which comprises alumni of Maryland HBCUs – against the state’s higher education body, the Maryland Higher Education Commission. In the lawsuit, the coalition presented evidence of the HBCUs accumulated funding deficiencies over the years in the amount of $2.73 billion. Such was asserted as being the estimated amount necessary to eliminate the disparities created by the state’s protracted illegal discriminatory practices against the HBCUs over many years.”

In short, according to this lawsuit, the state owes Maryland HBCUs $2.73 billion dollars. This would mean that each HBCU would be awarded approximately $682.5 million each if HBCUs won the lawsuit. To properly put this in perspective, Bowie State’s endowment is currently only approximately $22.9 million.

This funding attack on Maryland HBCUs is gut-wrenching and must stop or Maryland’s poor politics can assassinate all four of Maryland’s HBCUs in the coming future.

According to a News Works article, “A coalition of Cheyney alumni and supporters has filed a federal lawsuit against the state, alleging racial discrimination and unfair funding. Pennsylvania higher education officials say Cheyney receives the most per-student funding, four times the system’s average. The funding formula is primarily enrollment driven; since Cheyney is the smallest of the 14 state-owned universities, it receives the lowest amount — 3 percent — of the state funding.” 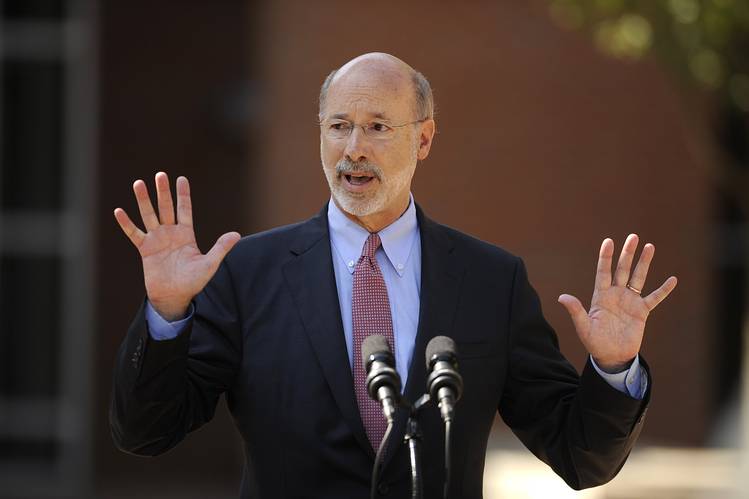 The article further argues, “Cheyney’s financial troubles are compounded because it has no reserves or an endowment and is operating with an estimated $16 million deficit.”

In essence, HBCUs need a different type of treatment. These historic institutions need a sort of funding that supports their unique mission and vision. Many of the president’s of these universities are under scrutiny but what I posit is that politicians should be under scrutiny if the HBCU is a public university. The role of government is to fix the issues of the people not to make the issues of the people worse. In this era, we need to re-envision how government manages public institutions–especially our African-American institutions.

In fact, in three of the four states involved in this political fight, the Governor is a Republican. Could there be a narrative we see here? Are conservatives attacking our HBCUs?

Whether the attack is from “conservatives” or “liberals”, the attack on public universities is a real phenomenon in America. This will serve as the next revolving problem in higher education because prompt budget cuts, unequal funding and poor plans have the ability to hurt institutions who depend on government to work properly. When state governments continually remind us of a kindergarten class at an elementary school during show and tell time, we will start to see the mismanagement of public universities be a problem in far too many states in America.