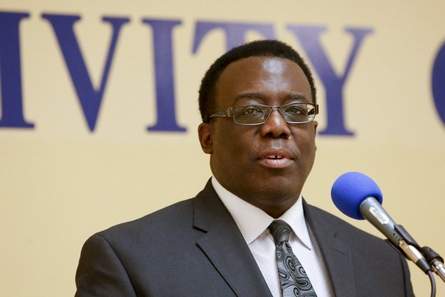 Stillman College President Peter Millet announced plans on Wednesday to step down at the end of June 2017 once his current three-year contract expires.

“I love Stillman and I love Tuscaloosa,” Millet said. “However, I have a desire to be in a location closer to family.”

Millet stressed the decision not to seek a contract extension was his, adding he approached the trustees about his desire to step down.

“This was 100 percent me coming to the trustees and said this is what I wanted to do,” Millet said.

The Stillman College board of trustees announced on Wednesday it would use the next year to search for a successor.

Millet announced he would not seek an extension of his contract beyond 2017 in a letter to trustees. Millet officially began his tenure as Stillman’s sixth president in July 2014. The former provost served as interim president following resignation of former president Ernest McNealey in fall 2013.

Millet, who thanked the trustees, students, faculty and staff, alumni and other stakeholders, characterized his time leading the institution as an unexpected pleasure and the decision to leave as difficult.

“As I move to the next stages of my life and career I will carry with me many pleasant memories of the brilliant students and dedicated faculty and staff. The work has been both productive and meaningful,” Millet wrote in the letter. I have grown in ways that I could not have at any other institution. For that I am grateful.”