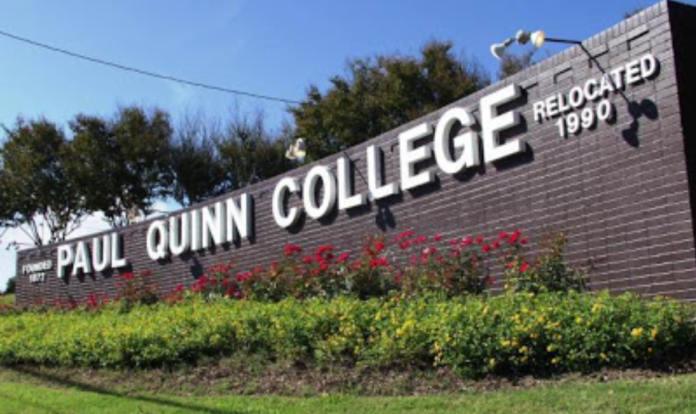 Paul Quinn College in Dallas and black elected officials are taking matters into their own hands to help better serve underresourced and underserved people in Texas, according to Blavity.

In a press conference in early June, President of Paul Quinn College Michael Sorrell announced the new African American Leadership Institute at the black college, which the school says will “attempt to address the economic development, educational, public policy, and leadership development issues that we feel are presently in place in our community, and in Texas,” reported Dallas Weekly. The think tank will be fully operational in at least two years.

“It’s especially important because in today’s era of socio-economic trials and tribulations, of communities who don’t have access to any the things they need; for school that aren’t’ yet everything they should be because of lack of resources. We know that we can do more, and today we announce our collective effort to do more,” Sorrel told the press.

County Commissioner for Tarrant County, Roy Charles Brooks, proclaimed that “This is an historic opportunity,” because this has never happened before:

“It’s historic because we have never before reached out to each other in a way that will allow us to share best practices, and to hone our ability to advocate for our constituents; both on the national stage and on the stage of our school,” Brooks stated, “This is necessary for us to raise our game in public service, so I am proud to be on the ground floor of the establishment of this leadership institute.”

“The people of Texas deserve an institute that is devoted to the needs and issues of its African-American community,” Sorrell said.

Head over to Blavity to read more.