Many things come to mind when you hear the name Mike Floss. It has a southern essence that makes you wonder more about its meaning. He’s a lyricists whose music is laced with deep messaging and his latest track “Take Yours” doesn’t shy away from a crucial topic affecting communities nationwide. When you see him, he’s layed back, with a chill swag that quietly illuminates a room. Inspired by Jimi Hendrix, Miles Davis, Nina Simone and his Nashville, Tennessee roots, here is what Tennessee State University graduate Mike Floss, had to say about his style, music and evolution as an artist. 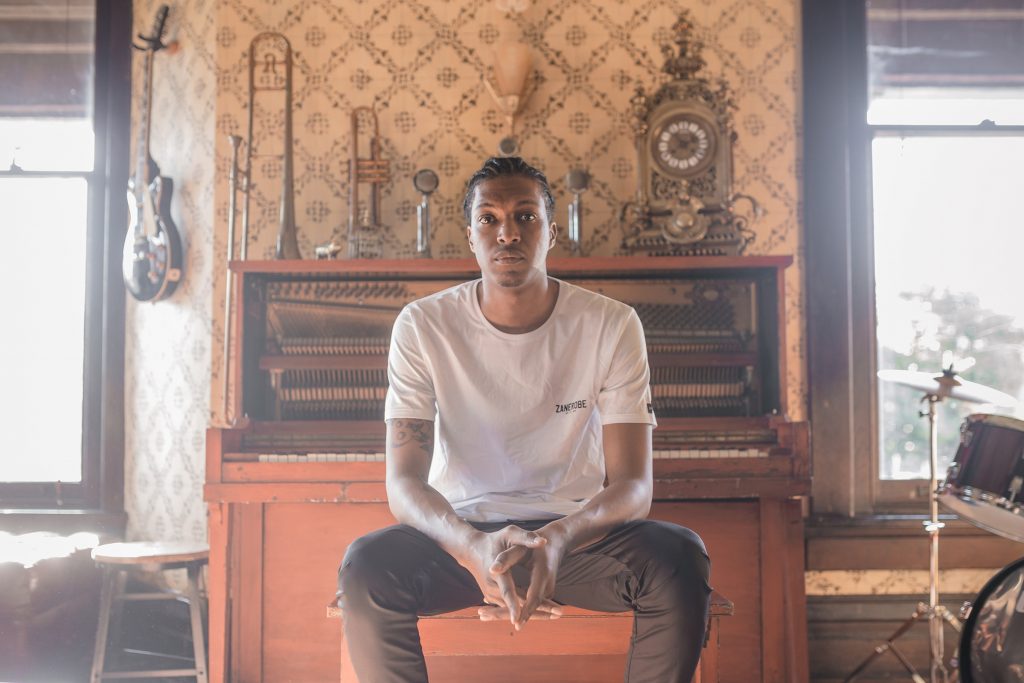 Jasmine: When did you realize music would be your life’s journey?

Mike Floss: I grew up in a musical household, which heavily influenced me. My dad was a jazz artist, so I started listening to jazz before rap. I learned that jazz is an improvisational platform of live music. A lot of hip hop evolved out of jazz. Through my roots and other musical experiences, I understand music theory and the importance of song structure. For me, hip hop is an evolution of black music as a whole, so I try to pull from that as much as I can.

Jasmine: What inspired “Take Yours” and how did the song influence the visuals?

Mike Floss: The rock and roll feel comes from Brittany Howard of Alabama Shakes and Rihanna. It was such a disruptive track, that I felt like the content needed to be equally disruptive to match the emotion. I knew I wanted to flip the way people see guns. America is built on gun violence, so I wanted to address that. I wanted to use that song to explain capitalism and express my frustration. So the video matches that same energy.

Jasmine: How do you hope the public will react to the video?

Mike Floss: I just want them to feel something. A lot of the music today is not really about anything particular, so people are frustrated. People aren’t dealing with reality, they would rather escape. I actually hope people will falsely judge the content. I want people to see a rapper with a bunch of guns in the video and assume that it is the same ole’ thing. I want people to make the wrong choice and then come to the realization later that their is a message. I like to code my music. It’s all about how people decode the message.

Jasmine: How did your time at Tennessee State University influence your music career?

Mike Floss: My time there taught me a lot about black people. It showed me how vast black culture is. Attending TSU was my first time experiencing different groups of black people. Because of the diversity, my music was able to spread not only amongst the campus, but to their homes as we left school for breaks. It was the greatest opportunity for me, to build and connect.

Jasmine: What advice would you give current HBCU students who are working to be in the music industry?

Mike Floss: I would say don’t feel like school is slowing your career down. The reality is, it will take you longer than the kid who isn’t in school, but school matures you as a human. The quality of your work will be so much higher. Start your business while you are still in school. There is a huge fan base already curated for you, so take advantage of it.

Rap Game. Black/African Americans: This is Not Who You Are!