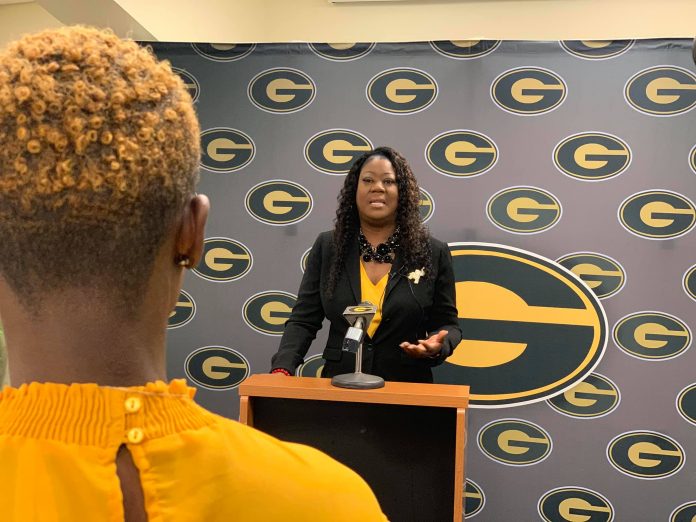 “Ms. Fulton is an important voice for social change today,” said GSU President Rick Gallot. “We are excited for our students to witness her example of how we can all champion progress for our community.”

The activist often shares memories of her attending Grambling State University for two years during 1984-1986. She explains that she really enjoyed the university, but wasn’t quite prepared for the Northern Louisiana weather!

As a GSU student, Fulton majored in English and minored in Communications. She later graduated from Florida Memorial University in Miami.

A current communication’s student at GSU, Sarah Renee Garner, who was touched by the Women’s Day speech says Fulton’s life and experiences greatly impacted her passion for social justice.

Garner’s college admission essay was entitled: “My Emergence in Social Justice: The Deaths of Trayvon Martin and Michael Brown.”

As a high school student, Garner’s counselors advised her to chose a less controversial topic; however, she decided to write about what mattered most to her. Every university to which she applied (except one), accepted her for admission. Three of them reached out to her and said they enjoyed her essay.

Although Fulton often looks forward to sharing her powerful messages with everyone from colleges, legal professionals, community and family organizations, and all other proponents of social justice, she explains that she is not your average speaker.

“I am not polished and speaking isn’t something I went to school for,” she said. “I am just being myself and attempting to empower the youth.”

Her messages don’t only appeal to people’s hearts as it relates to children, but is also one of hope and change, exemplified by her personal experiences and endeavors.

She discusses often what happened February 26, 2012, the night her son Trayvon Martin was fatally shot by George Zimmerman in Sanford, Florida.

After the tragic loss, Fulton did not give up. She has been fighting for social justice for the past seven years every day so that less mothers would have to experience the excruciating pain she feels.

During her powerful Women’s Day speech at GSU, she spoke some about how her son’s death became a catalyst for the Black Lives Matter movement and the book she and Trayvon’s father, Tracy Martin, co-authored entitled “Rest in Power: The Trayvon Martin Story.”

This book/documentary is a six-part series produced by artist and entrepreneur, Jay-Z. Rest in Power: The Enduring Life of Trayvon Martin, shares and re-examined the intimate life story and legacy of a tragically foreshortened life and the rise of a movement that awoke a nation’s conscience.

“Trayvon was shot down so that I can stand up.” 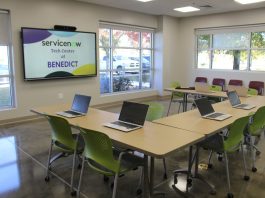 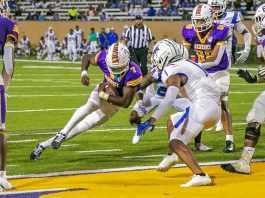