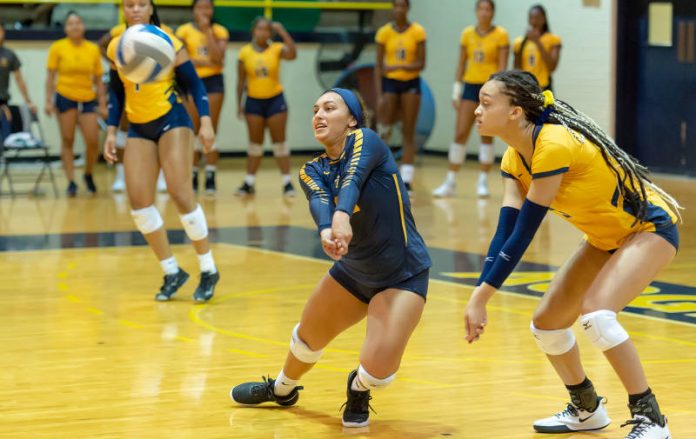 North Carolina A&T plays in its first postseason match in school history against Troy Friday afternoon in Atlanta in the first round of the National Invitational Volleyball Championship.

First-team All-MEAC outside hitter Courteney Pitt still ranks fourth in the MEAC in kills per set (3.41) and she averages 1.51 digs. MEAC co-player of the year and first-team setter Edie Brewer ranks seventh in the MEAC in assists per set (5.74) and eighth in kills (2.79) and hitting percentage (.268). She is also averaging 2.51 digs and 0.64 blocks per set. She also leads the MEAC with eight triple-doubles.

Sophomore libero Andrea Laboy-is third in the league in digs per set (4.27) while sophomore middle blocker Shaylynn Hall leads the conference in blocks per set (1.10).