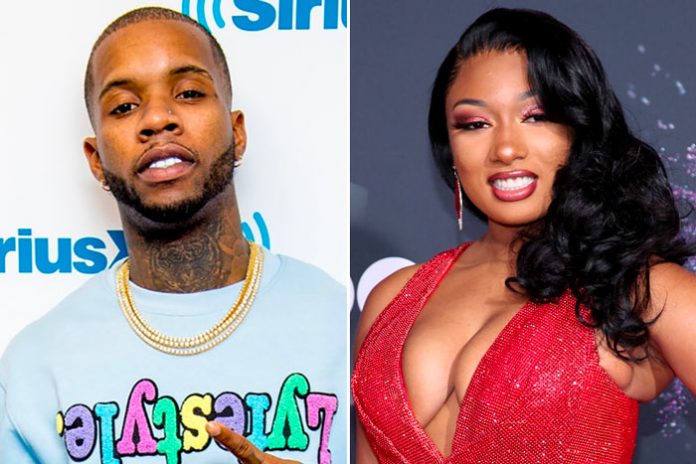 Tory Lanez, reportedly apologized to the black college student while she was recovering in the hospital, but he failed to be accountable for his actions given Meg naming him as her shooter.

“I know you prolly never gone talk to me again, but I genuinely want u to know I’m sorry from the bottom of my heart. I was just drunk.”

These are the words of Tory Lanez, the man allegedly behind the shooting of Megan Thee Stallion. Meg, who attends historically black Texas Southern University, could be seen walking with a limp at the incident and tracking bloody footprints when asked by police on the scene to put her hands up followed by her getting on the ground only seconds later.

“None the less sh*t should have never happened and I can’t change what I did,” said Tory, asking for Meg to forgive him via text for his part in the incident while she was in the hospital recovering, but not owning up to exactly whatever he did. “I just feel horrible. Cuz I genuinely just got too drunk.”

The murky event didn’t fail to shock many people in the Hip Hop community.

TMZ originally broke the news, reporting that though Tory didn’t really admit guilt in this particular situation between the two, the rapper has not gone public about the matter. On the other hand, it seems like Meg is really more mature, taking full responsibility for her own part in this incident, even remaining relatively silent on the matter until enough was enough.

She continued, “Since y’all h*es so worried about it, yes that n*gga Tory shot me. You shot me! Of course, The Shade Room never misses a step. Check out this video below:

According to The Shade Room, it is not specified whether or not he got a response.