The freshman from Hurst, Texas, entered PVAMU with 13 years of competitive bowling experience. During her first collegiate bowling season, Velez bowled a career-high game of 206 during the SWAC Round Up.

The Panthers went on to win their third consecutive SWAC championship. With a 2015 regular season record of 18-6, the Panthers grabbed a second place conference standing.

“Miss America represents the highest ideals. She is a real combination of beauty, grace and intelligence, artistic and refined. She is a type which the American Girl might well emulate.” Those words were spoken by Atlantic City Chamber of Commerce President Frederick Hickman more than 75 years ago, and they still ring true today. Miss America is a role model to young and old alike and a spokesperson, using her title to educate millions of Americans on an issue of importance to herself and society at large. 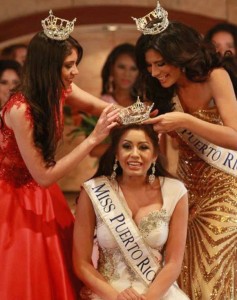 Today, Miss America travels approximately 20,000 miles a month, changing her location every 18 to 36 hours. She tours the nation reaching out to support her ideals, committed to helping others. Miss America is more than just a title. She is a woman who reflects a tradition of style, sophistication and service.