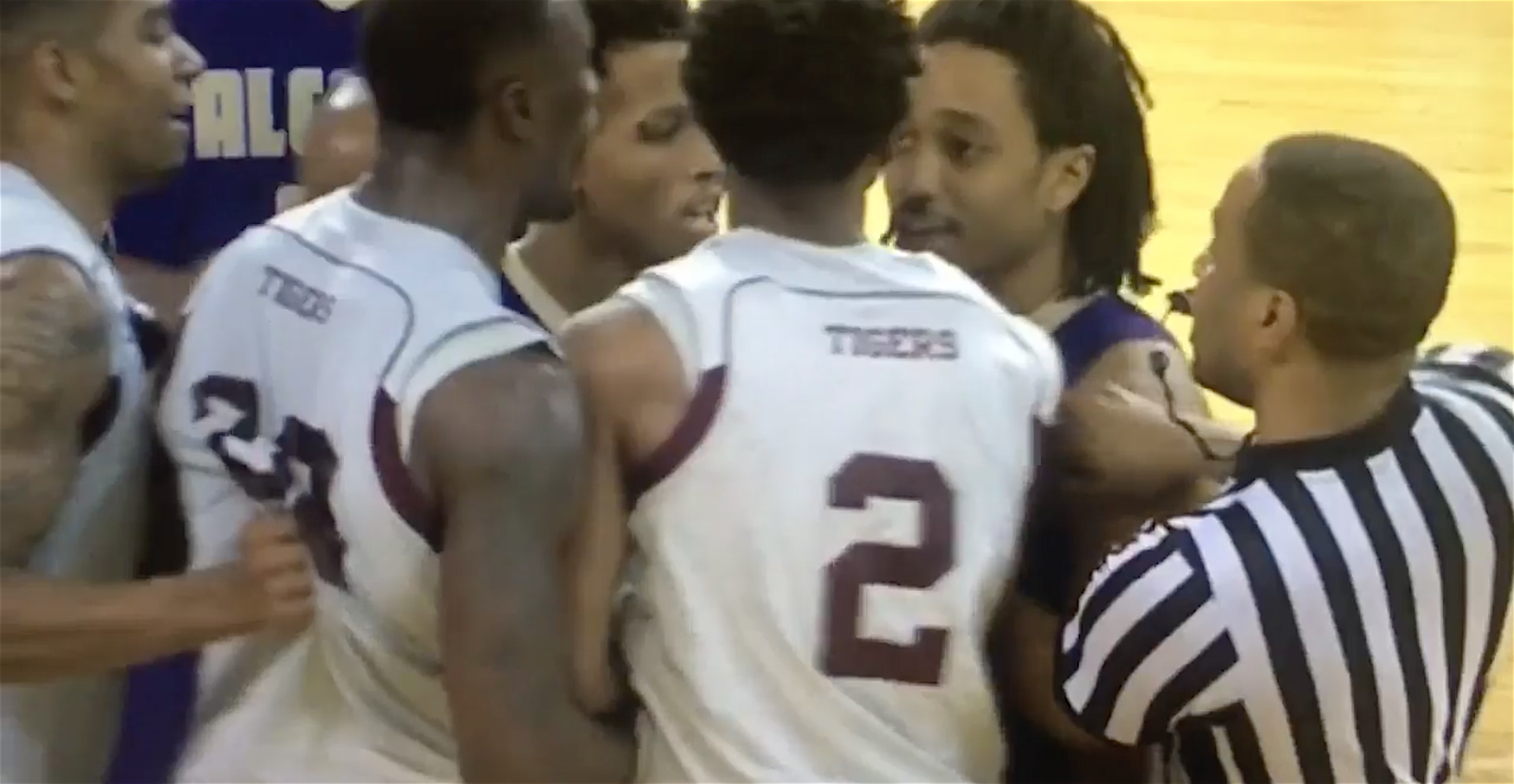 A closer look at what got Derrick Griffin ejected. pic.twitter.com/fkYmcODJvA

Griffin is averaging 13.8 points and 9.9 rebounds per game this season.

Monday night wasn’t the first time Texas Southern basketball had been involved in punches being thrown during a game.

As a result of the in-game brawl, Texas Southern withdrew from the SWAC Tournament.