On promotional tour for his new movie, Barbershop 3, Ice Cube visited Morehouse College on Friday to get students on edge about his upcoming film.

A wall to wall packed event, Ice Cube spoke to over 350 people attending the event ranging from students, faculty, and staff of the Atlanta University Center, in Morehouse’s Sale Hall Chapel.

A notable guest in attendance at the event was Morehouse President John Silvanus Wilson, of course. Wilson nostalgically reminded those in attendance of the famous scene in “Boyz in the Hood,” where the character Tre (played by Cuba Gooding Jr) goes to Morehouse College at the end of the film, “Ice Cube has been apart of my life and black culture since the year 1991 and we are so glad that Ice Cube is here today,” said Wilson. 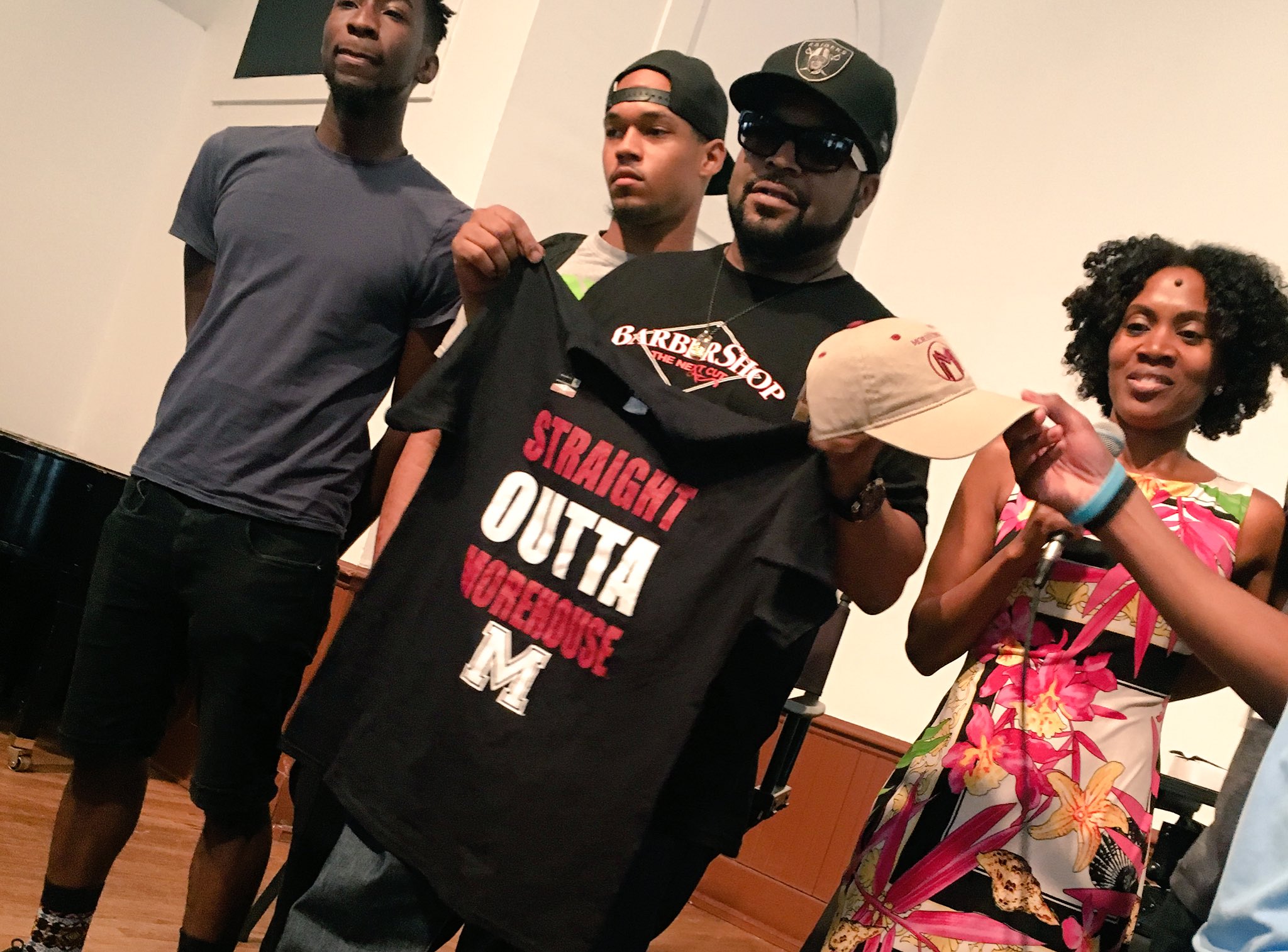 The rapper answered questions from the students in regards to his life, career, and legacy.

Many of the questions were commonly linked to Hollywood, filmmaking and even Ice Cube’s stance on the #BlackLivesMatter movement.

Along with Ice Cube came a massive team of hardworking individuals handing out FREE t-shirts, tank tops and even a mobile Barbershop all of which were used to promote the new film.

Ice Cube told the HBCU campus that he will continue to create captivating content that will provide opportunities for African Americans. After hearing Ice Cube’s passion and drive for his community, it is safe to say that Barbershop 3 will be a great success. Barbershop 3 hits theaters April 15, it’s good to see how Ice Cube came back to his community in hopes of snagging another successful film.

Central State Grad, Counselor Trainee’s Advice May Be Just What You...