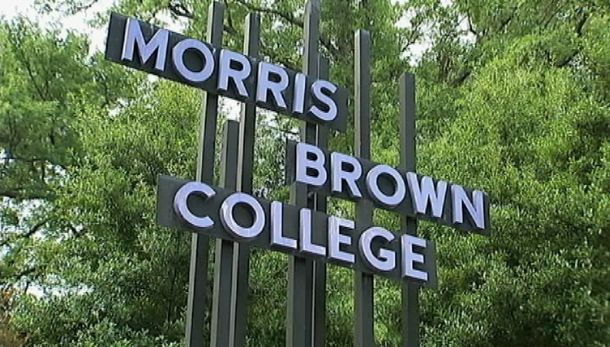 It’s the second such award for the black college in the last two years. “The money will be used to launch seminar-styled education sessions on campus, with a focus on substance abuse prevention among college-age youth to prevent risky sexual behaviors,” writes Angela Bronner Helm at The Root.

Since 2002, the black college has become “a scaled-down version of its former self” after charges were filed against some college officials who pocketed funds. The school also lost its accreditation the same year, according to Atlanta Black Star.

According to Al Jazeera, the city of Atlanta is experiencing a serious epidemic “reminiscent of New York in the ‘80s” and state officials are trying new strategies including bringing “the area in step with other large cities nationwide” that have managed to keep the deadly virus at bay. “Atlanta is like New York was in the ’80s in the need to develop a public health response to a serious [HIV] epidemic,” said Devin-Barrington Ward, an advocate based in Washington, D.C.

The grant is part of a national initiative launched by the federal Substance Abuse and Mental Health Services Administration that provides substance abuse and HIV/VH prevention services to at-risk minority populations in communities disproportionately affected by HIV/AIDs, reports say.

Morris Brown, founded in 1816 by blacks, has a proud tradition of serving the educational needs of the best and brightest young minds, according to the school website. School officials say that the program is important because it allows the college to continue serving and helping those most at risk in the community.

“It is part of the Morris Brown College legacy to reach out and help persons in our community that are most at risk”, said Morris Brown President Dr. Stanley Pritchett. “The Cache Plus Project is an opportunity for us to continue to collaborate with community based leaders and advocates to help curb an epidemic that negatively impacts our youth by providing prevention education and access to supportive services.”

The program at the black college has a goal to reach as many as 400 applicants by 2017.