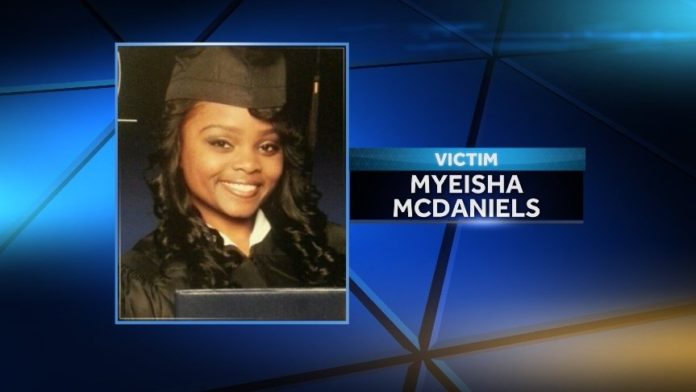 WDSU.com reports: The family of the Dillard University student gunned down a year ago in Central City said on Monday that they are honoring her memory as police continue to search for her killer.

The family is still looking for answers concerning the year-old murder of Myeisha McDaniels.

She had just graduated from Dillard. Any leads are appreciated. We want this crime solved. https://t.co/BziIYKb2Eq

Dillard President Walter M. Kimbrough said in a post on Twitter that McDaniels “had just graduated from Dillard. Any leads are appreciated.”

“It’s been a year now and we still don’t know anything,” Shirleen Jefferson, McDaniels’ mother, said.

“She was going to pick up her boyfriend and they were going out to eat,” Jefferson said.