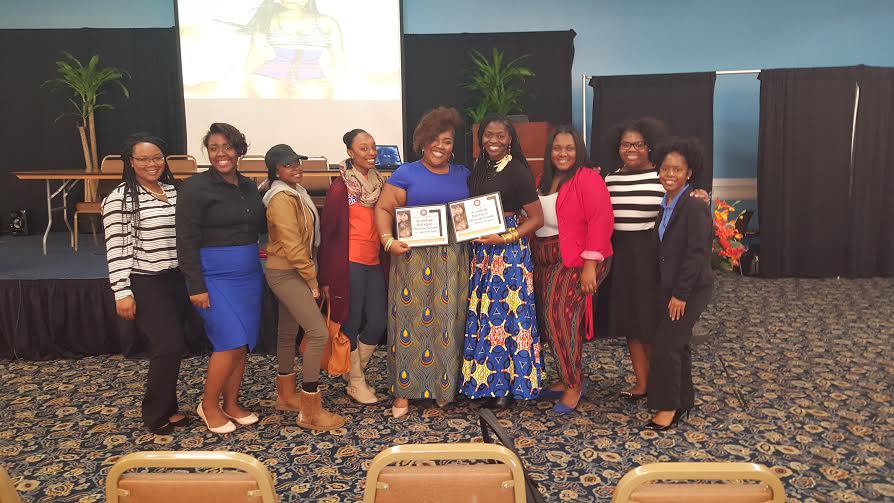 CEO of Divah Filez, Jazmyne Byrd, is on a mission to create and foster content for HBCU students by HBCU students.

A 2009 graduate of Central State University, Jazmyne graduated with Bachelor’s Degrees in both Psychology and Communications. Writer, and Journalist, Jazmyne or “Divah J” has been using her pen in the writing world for quite some time. Contributing writer for various magazines like Sister 2 Sister, Sheen Magazine, and The Hype, Byrd decided to venture out and create a site all her own.

Two years ago, she created The Divah Filez for HBCU focused content where students can to stay up to date with all things pop culture related. Byrd states, “I wanted us to cover everything that an HBCU student would want to know about.”

When a young millennial surfs the web, it usually revolves around topics of interest. Fashion, entertainment, who’s who, and what’s what. Byrd seeks to provide all of this in a one stop shop ordeal over at Divah Filez.

Jazmyne states that having a seat on her friend’s couch gave her the idea and the push to create the site, now two years later, Divah Filez is at the top of their game.

“When I was in school, we basically had Facebook.  Myspace was dying out, and we didn’t really have anything that could let us know what was going on, on HBCU campuses, and then fashion, and then entertainment, and then music, you know all things that we love.”

Whether it’s getting the latest celeb interviews, showcasing the latest campus fashions, or creating relatable content, Divah Filez offers a wide selection of subject matter. Jazmyne owes this partly to her large staff.

With interns on her team hailing from HBCUs all across the country. With an HBCU only staff of 22, she describes the team as a family.  Byrd doesn’t worry about competition from anywhere else, as she feels her team is equipped with all it needs.

For that reason alone, Jazmyne doesn’t offer opportunities to PWI students, and is an avid HBCU advocate.

Right now with Divah Filez as one of the top three Mobile HBCU sites, Byrd hopes to have 25 more interns on her roster within the next year. Overall looking forward to the site’s growth.

Five Ways to Survive Your Freshman Year of College